When I left my mum last Wednesday (a week ago) to go back home, don’t want to miss my Zumba Class every Wednesday evening  … I had decided not to take any photos. As I reached the station on the other side of the track I saw all those mushrooms and I just had to catch them with my camera.
The grass was full of them – and I have to take the photo over the security fence. My camera liked what it saw. 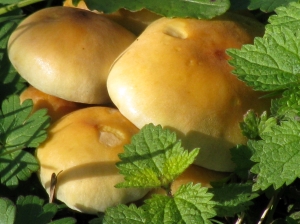 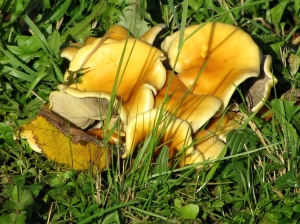 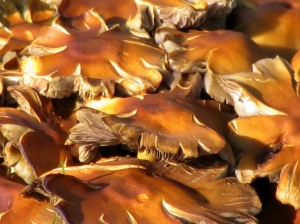 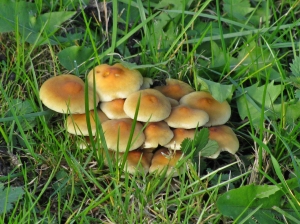 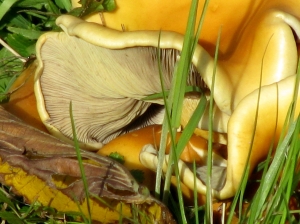 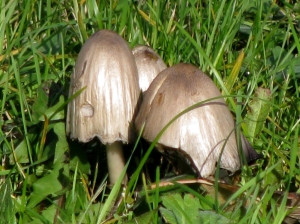 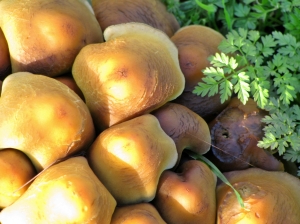 Had to refill my travel card and I don’t use the ticket machines for that – after they emptied my card a year ago …. when I refilled on Copenhagen Airport, the machine had been scanned or what ever it’s called. Got all my money back from the bank. So neither I do over the travel centres or online. So I went into the station and there was laying a petition … they have plans to shot Simrishamn station down in March next year. That means no waiting rooms or toilets for waiting customers and no over counter service – with so many elderly people in Simrishamn that will mean disaster more or less. No every pensioner has computer or cash cards. Terrible and so of course I put my name down. I love that personal connection too – don’t get with my bank anymore, because they don’t carry any money – so I like it when I travel. 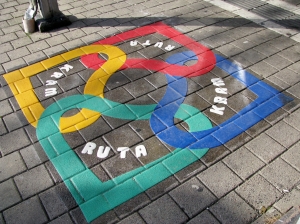 Notice as I entered the station that the station had got some new art outside on the pavement – very colorful and arty. A “Kram Ruta” = a hug square … I suppose that if we are going to hug anyone at the station we have to do it in on that arty section. Very fun and I love it … or maybe anyone that wants a hug step into the “square” and people will hug you, great idea … *laughter – so long they are sober they can hug me .. so much as they want. I think there isn’t “hug squares” enough in our world. Not really a Swedish thing – but maybe we are changing slowly. We, Swedes, are very reserved and love to keep a distance. I hope that every station in Skåne will get a “kram ruta”. 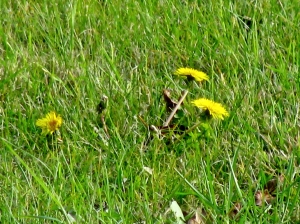 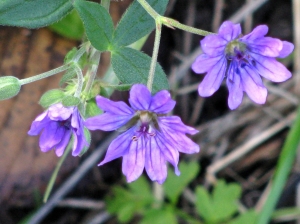 Also found the summers last wild flowers – the little purple flower that I think has given the colour to our trains, the “pågatågen”. Don’t have clue what its call (have figured out over the net that it belongs to the Geranium-family, I think its Geranium pyrenaicum – in Sweden called Skuggnäva ) …  its so pretty, fragile and tiny. A couple dandelions were in bloom in with the mushrooms.

Tried to find a song about mushrooms .. but they was terrible to listen to. We would need to have a couple of magic mushrooms in us to understand those songs. So I have chosen my favourite Zumba track, “Baila Pa Emociona” (calypso) – just love this happy music … and it make me feel good to body and soul.

“A hug is a great gift – one size fits all,
and it’s easy to exchange”
Unkown

Victoria Mary Benedictsson,  in 1850 in the village of Domme Wife Alstads parish (now the town of  Trelleborg), died in 1888 in Copenhagen by suicide, was a Swedish author and playwright. She wrote her novels under the male pseudonym Ernst Ahlgren. 1882 fell  Benedictsson ill in a bone disease and was bedridden. During the period of illness she developed her writing and in 1884 she made her debut with the short story collection “Från Skåne”. (Skåne is the name on our county).
1880s she went to Copenhagen, where she attracted the attention of the powerful Danish literary critic Georg Brandes. Their unhappy love affair 1886-1888, was probably one of the reasons that Victoria committed suicide. Other contributing factors to her decision may have been her poverty and loneliness and not least her concern for her writing.
Her suicide, using a razor, inspired August Strindberg to the completion of his drama “Miss Julie”. 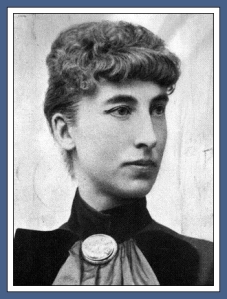 Photo provided by and thanks to kristianstadbladet.se