Amy took me on a stunningly beautiful walk along Cibolo Creek and now it’s my turn to take you on a walk.

In those days I don’t walk that much as I use to do, because my suffering from Polyneuropathy has become a lot worst and I don’t want to take “lucky pills” every day. It’s a real problem and I have been saving up my poor feet for all the adventures I had booked for this year, but nothing has happened so far. I love walking, but I can feel it’s getting harder and harder for me … it has slowed me down a lot – but it hasn’t stopped. me.

So I will take you to Denmark .. and one of their fantastic art galleries. It’s a while since I been there … now. Everything has been closed.

Ishøj is a Danish town with a population of around 20.000 in the region of the capital Copenhagen, but it takes about 20 minutes with commuter train from Copenhagen Central Station. From Landskrona, it takes about  60 min by train to Copenhagen.

The first time I visited we walked from Ishøj station to ARKEN Museum for Modern Art, that was a fair walk and it only happened once – after that, it has been the bus that directly goes between the station and museum, 2 times per hour.

ARKEN is located just on the edge of the Baltic Sea with miles of white sand beach, it’s also called the “Island of Art” 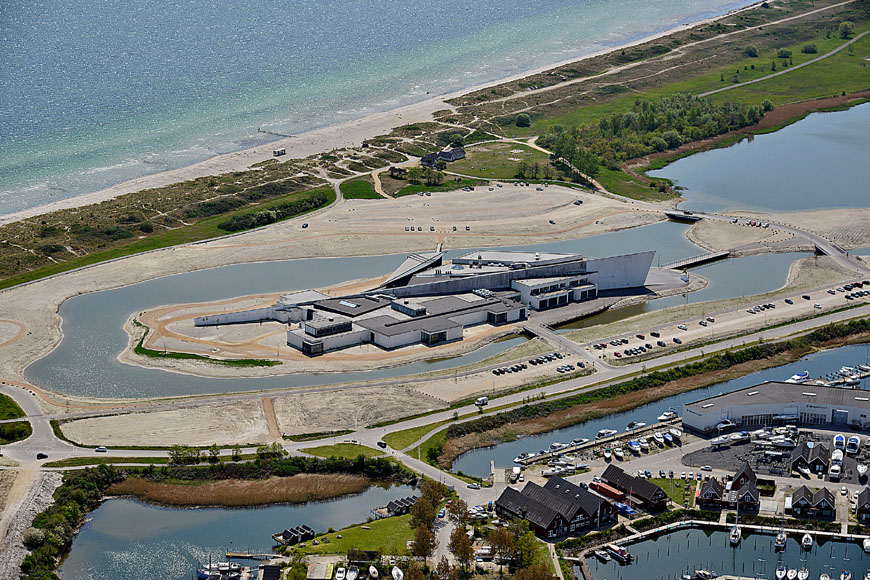 I have borrowed this image from inexhibit.com to be able to show you the awesome location.

The first thing we have to do  … is to go for lunch and their cafe/bistro is very adventures with their menus. Only cold food is being served, but served with a stunning view over the Baltic Sea,

Let me put an exhibition together with some of the artists that I have met throughout the year, my first visit was in March 2014.

The two Danish painters Michal Ancher and P.S. Krøyer, friend and rivals. Peder Severin Krøyer (1851 – 1909), known as P. S. Krøyer, was a Danish painter. He is one of the best known and beloved, and undeniably the most colorful of the Skagen Painters, a community of Danish and Nordic artists who lived, gathered or worked in Skagen, Denmark. 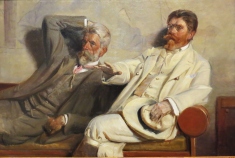 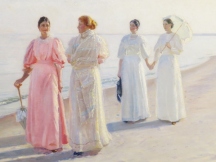 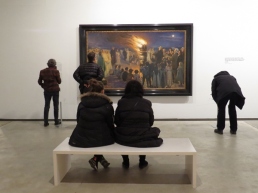 “The road to a friend’s house is never long.”
Danish proverb

Niki de Saint Phalle (1930-2002), a French-American artist that for me was famous for her fragrance and Colored Goddesses (Nanas). In 1965, she created her first Nanas, a slightly derogative French term for a young girl. These were large-scale sculptures inspired by the artist’s close friend, Clarice Rivers, who was pregnant at the time. 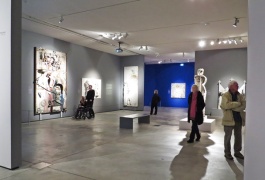 “Life … is never the way one imagines it.
It surprises you, it amazes you,
and it makes you laugh or cry when you don’t expect it.”
Niki de Saint Phalle

And of course the Danish girl – Gerda Wegener (1886-1940), that was for me unknown until the movie and ARKEN had an exhibition at the same time as the movie premiered. Must say that the Danish girl and her art took me with a pleasant surprise, her works I think is far better and interesting than her husband, Einar’s. She lived in the shadow of him, but she is a fantastic painter and illustrator. 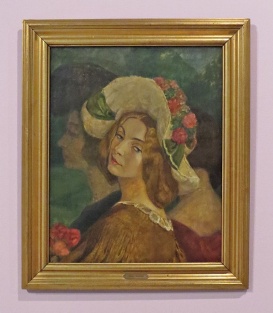 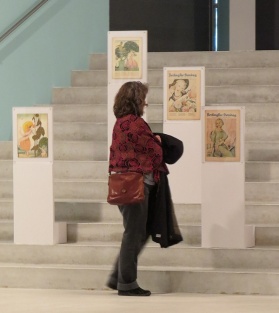 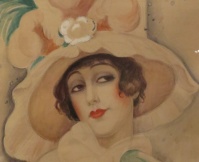 ” We went for coffee, and after… I kissed him.
And it was the strangest thing. It was like kissing myself.”
Gerda Wegener

And to last, I will introduce you to Ugo Rondinone (1963) that is a New York-based, Swiss-born artist …  and his meditating clowns. The room his  45 clowns was on show in is 80 meters long. One of the most joyful and exciting exhibitions I visit.

“You don’t have to understand art, but you have to feel it.”
Ugo Rondinone

We have just walked over a total exhibition space up to 54,000 square feet (5016 m2) My feet are killing me. Time to catch the bus … the train back to Copenhagen Central and there before entering next train we just have to indulge ourselves with a “Kartoffelkage” (Potato cake) … there is always another train back to Sweden.

Thank you so much for that you took time and join me for a tiring but very pleasant day out. I hope you enjoyed it so much as I did.

“A journey is best measured in friends, rather than miles.”
Tim Cahill