Christmas Eve, the main Christmas day for us Swedes …. that is when Santa knocks on the door, asks if everybody has been behaving well during the past year (as he doesn’t already know) … and personally handout all the gifts.

No rain … so we made our way to Kapalı Çarşı (Grand Bazaar).  Another MUST if visiting Istanbul, but you have to be able to manage all the happy exclamations … buy, buy buy. Ongoing where ever you go in the Bazaar.

Some facts about the Bazaar (msn.com) :

There is some really nice stuff. Especially all the leather goods. We bought a scarf each – that was all. I looked at a black handbag at “La Moda” at No.28/A, which has beautiful bags and no fakes – their shop just before the Beyazıt entrance, don’t have a clue what number that entrance has. We took T1 tram to Beyazıt and from there is it only a couple minutes walk to the Bazar.

We bought our scarves from Ilhan at No: 18-20. He had some beautiful scarves in very high quality. Bärbel borough a fantastic scarf … but he had only one and it cost 400₺ – no cheap. We got both for 500₺/$84/£64/€75/789SEK, neither of us good on haggling. We got 200₺ discount. That was our Christmas gift to ourselves … but we also treated ourselves to one big each at the airport.

The Grand Bazaar is such a colourful place … and so many soaks and of course all the leather goods. A ladies leather jacket is about 150- 450 Euros and they make them up to your size in a couple of days.  There is, of course, some very luxurious leather shops all around Istanbul. It was comfortable busy when we were there.

Of course, we visited the Spice market too. 10 minutes walk from the Bazaar if you want to take a look at all the shops you pass along the way.

We looked at a couple of beautiful kaftan dresses in linen at the Spice Market … but they didn’t have our sizes. XXL isn’t more than L in Turkey.

Leaving the Spice Market is was raining again … and it was time for us to enjoy lunch and we went to one of my waterholes because of its location coming down from the Bazaar, Saray Muhallebicisi. A big restaurant just opposite the Eminönü tram stop, the restaurants goes back 83 years and now they have 25 branches around Turkey.

They have a massive menu and serve high volumes of people every day ..  plus they have fantastic cakes and desserts. I went for a chicken and bulgur salad and Bärbel took an omelette.

Istanbul is a such a  clean city … when we walked home in the evenings there was litter everywhere, but in the morning it was all gone, even on our little backstreet. Just amazing and as you can see they clean up their city even in full rain. 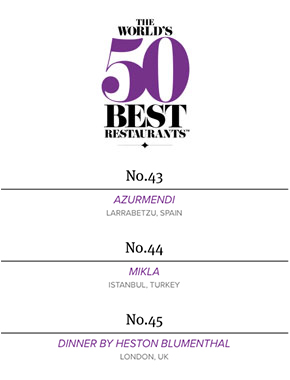 We got a good nap before it was time to enjoy our Christmas dinner at the 44th best restaurant in the world, “Milka”.  My second visit to the restaurant that is run by Mehmet Gürs, who is born in Finland to a Turkish father and a Finnish-Swedish mother and grew up in Stockholm and Istanbul.

The stylish and contemporary restaurant is located on the 15th floor (top) of The Marmara Pera Hotel with a magical view over Istanbul, only 2 minutes walk from our apartments.

The food and the service are world-class … they have a 7-course tasting menu and 3-course prix fixe a la carte menu, we went for the last option, for a price of  385₺/$65/£49/€58/680SEK per person, an excellent price. Also, I love their thick white napkins and so thin wine glasses … shows the high class.

I’m sure I don’t have to tell how fantastic dining adventure was. Unfortunately wasn’t Oscar really in the mood and the lighting wasn’t the best … but out on the terrace, he felt at home and the view is priceless.

“No matter how beautiful a view is,
it is not real unless you go inside the view!”
Mehmet Murat ildan

I found this cute little Turkish Christmas song on YouTube. Just love it. Spotify tells me that it’s a traditional Turkish song, “Tini Mini Baba” (Tini Mini Dad) is the orginal title .. made by Y. Dağhan Baydur and Christine Billington-Baydur, it was released 2005 and preformed by APM Christmas Classics Ensemble. However can a Christmas song be traditional in Turkey????!!!!