the tumour sat it will always go the head”. This a the stripline for the Svensk Cancer Rehabilitering (SCR). I promise that couldn’t be truer.

In May I made my way to the ER at Helsingborg Hospital, because I have had a lot of blood coming from my bladder, a lot of blood. Something I got every second year and always in the Summer, but I have gone my gynecologist and when I got an appointment with him the bleeding had stopped. Both times he has told me that there is nothing left in me that gives me any bleeding. I had cervical cancer and did that journey in 2010.

This time it was so bad … really bad.

It was serious they put me on a ward overnight … and they had to flush my bladder with saline during the night, time after time.

After that I have done a scan of my kidneys … and twice I have been on penicillin for an infection I have. 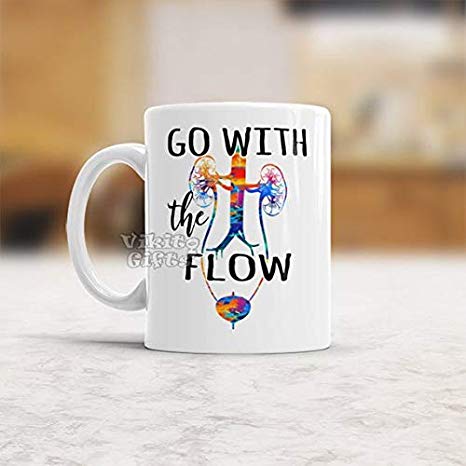 Today I did a Cystoscopy. I was terrified, because when I did the scan it was so indescribably painful for some reason, both the X-ray nurses and I was in shock over the reaction I got from the contrast.

Jenny, the lovely nurse I got today … was so caring and understanding. A superstar. And my doctor, a very handsome Greek man (Georgio), the same.

It was so PAINFUL!!!! I’m 70 years old and I cried like a baby when they were inside my bladder with the camera …. looking for ??????!!! And he had to call for the other doctor for a second opinion.

The verdict so fare … no visible tumours, nothing wrong with my kidneys or ureter, but I have a “red spot” in the lower part of the bladder and still a heavy infection.

What the “red spot” is none of them could say and still they can’t say what causes the heavy bleeding. 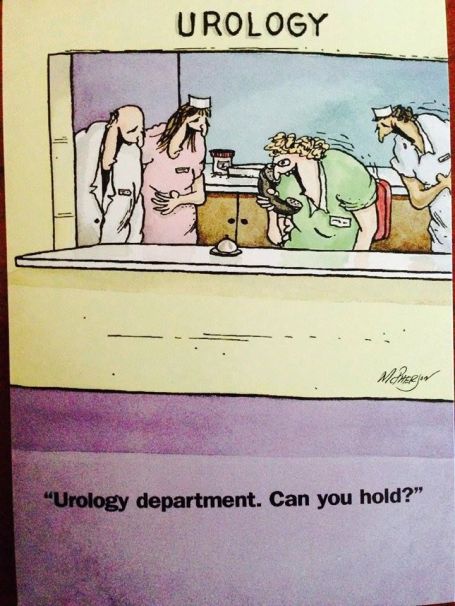 So I’m back on penicillin for the 3: rd time in a month.

And because of the infection, they were not able to take any smear samples – so at the end of September will we do the same dancing and singing again.

I should be happy over that there were no visible tumours… because that was my biggest fear, but for some reason … I feel totally under the duvet.

Full of self-pity and I don’t even feel for having dinner, and this is not like me at all. Maybe I should buy myself a box of chocolate pralines????? A big one.

“We have to be healthy
to be sick”
Viveka Gustavson