Berlin Hauptbahnhof is not station … it’s a city in the city. Extremely impressed, sorry Grand Central in NYC!!!!

It took eight years to build, cost €700m (£480m) and dominates the heart of Europe’s most vibrant architectural capital. On May 26 Berlin’s main railway station will open just days before the World Cup begins in Germany.

Covered by an arching glass hall, the Hauptbahnhof is a bravura statement of Germany’s confidence in itself and in its public buildings. The junction is Europe’s largest and links the north and south of the city with the east and west for the first time. Tens of thousands of England fans are likely to arrive here in the event that England makes it to the World Cup final on July 9. 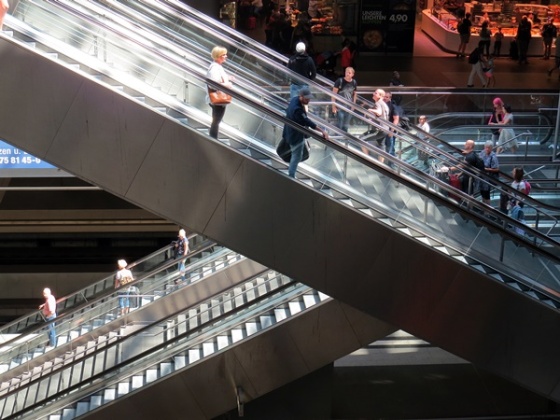 The Berlin Hauptbahnhof is part of the mushroom concept that was being made in Berlin, in which the station forms as a connecting point for converging and intersecting lines, of different modes of public transport there.

The station’s length is 430 metres, whereas some of the platforms are 80 metres. 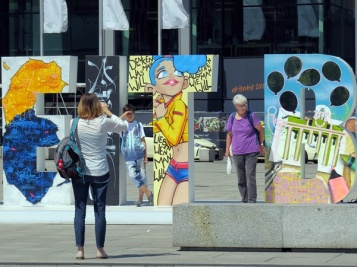 Structurally, the entire station complex is a tower station, operationally it is a crossing station similar to all central stations. The complex consists of several independent operating points:

Its central location is convenient for tourists because its close to a variety of famous landmarks, hotels and apartment rentals. Aside from its futuristic concept the over 80 shops that transform the terminal into a mall.

On the other side of River Spree … a bridge to cross is Capital Beach Bar. I missed that one. I think it had been to warm for me to enjoy anyway. Instead, I tried to find a pair of sandals that would fit me at the Tamaris shop in the station. No luck!!! 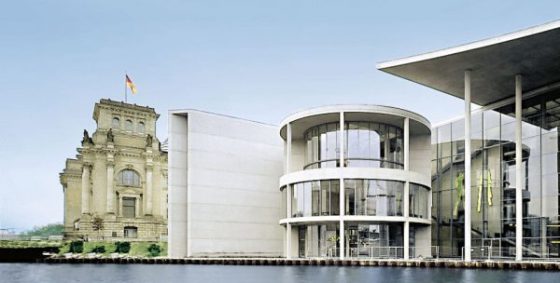 Also on the other side is all the parliament buildings: German Chancellery, Paul-Löbe-House and Marie-Elisabeth-Lüders-Haus. The modern part of Bundestag,

The bear has remained the city’s mascot, and in 2001 has been developed into the so-called Berlin Buddy Bears. Based on the Coat of arms of the city of Berlin … which goes back to 1253, but the bear did appear until 1280 in the city seal. 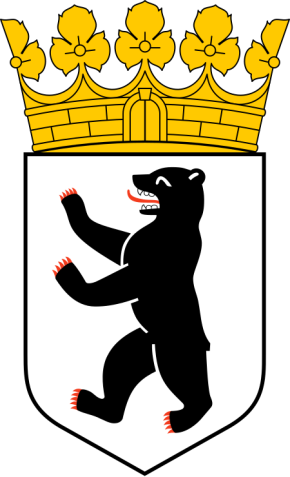 The 10 largest railways stations in the world!

I had 2 very interesting hours at the Hauptbahnhof ! Wanted to have lunch (loads to choose from) , but there were no food outlets that had tables what I could see … only take away and I don’t want to east lunch standing up. The station was very short of seatings, as all are today. At the platforms no problem, but otherwise no benches at all.

“Sitting is the enemy of your dreams!”
Mehmet Murat ildan 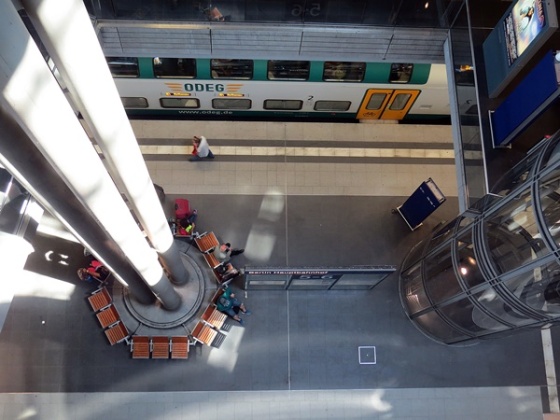