… the days were just flying away. Suddenly was is Sunday, only 2 full days left and so much left on the do-it-list. It started off with heavy overcast, but Porto is beautiful and welcoming in any weather. 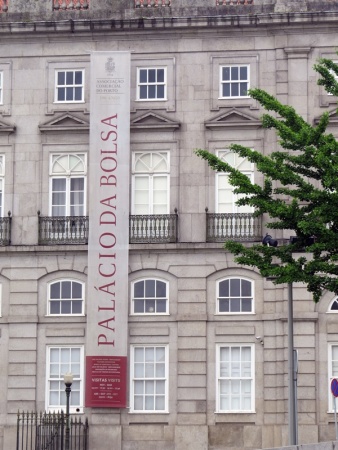 I decided to start off with Palácio da Bolsa.  The palace was built in the 19th century by the city’s Commercial Association (Portuguese: Associação Comercial do Porto) in the Neoclassical style. It is located in the Infante D. Henrique Square in the historical centre of Porto, designated World Heritage Site by UNESCO.

During my last visit did I have a fantastic dining adventure at the restaurant (Restaurante O Comerical), the palace restaurant – and I then notice what a stunning building it truly is, even inside and I heard so much about it. So a tour was on top of my bucket list for this visit to Porto. 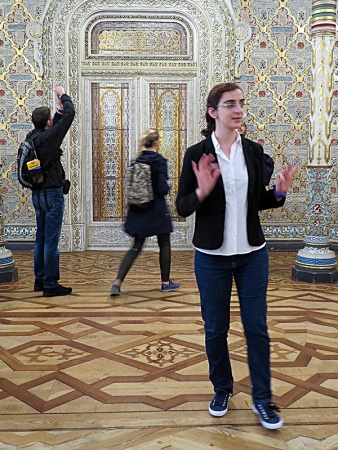 I arrived just after 10am – and was lucky that they had an English tour 20 min. later – loads of tours were fully booked for the day already. For me, as a senior, it cost me €5.5 and the tour takes about 45 min.

There had been a wedding reception in the beautiful atrium the evening before, so people were busy clearing up and cleaning.

“The Palácio da Bolsa is located beside the St Francis Church of Porto, which was once part of the St Francis Convent, founded in the 13th century. In 1832, during the Liberal Wars, a fire destroyed the cloisters of the convent, sparing the church. In 1841, Queen Mary II donated the convent ruins to the merchants of the city, who decided to use the spot to build the seat of the Commercial Association. 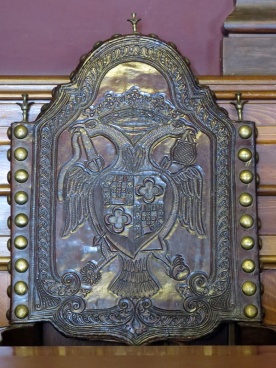 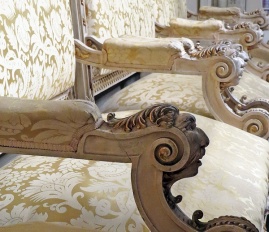 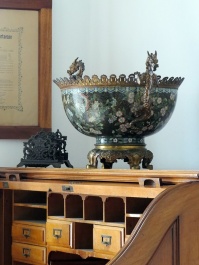 Building work began in 1842 following the plans of Porto architect Joaquim da Costa Lima Júnior, who designed a Neoclassical palace of Palladian influence, inspired by previous structures built in the city. Most of the palace was finished by 1850, but the decoration of the interior was only completed in 1910 and involved several different artists.

The interior of the Palace, only finished in 1910, was magnificently decorated by several artists. 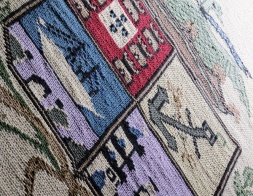 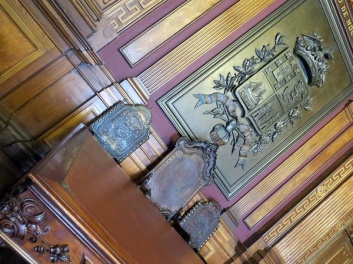 The highlight of the Palace is, however, the Arab Room (the ballroom), built between 1862 and 1880 by Gonçalves e Sousa. The room is decorated in the exotic Moorish Revival style, fashionable in the 19th century, and is used as reception hall for personalities and heads of state visiting Porto.

The Palácio da Bolsa has been classified as a National Monument since 1982.” (text: wikipedia.org)

After the great tour of the palace was it time for me to visit a new part of the old town, now the sun was back out at times … Miragaia is one of the nicest neighbourhoods in Porto. Its origins are medieval, it is in an area that was outside the city walls, so-called “arrabaldes” (the suburbs), where the Jews and the Armenians from Porto used to live. 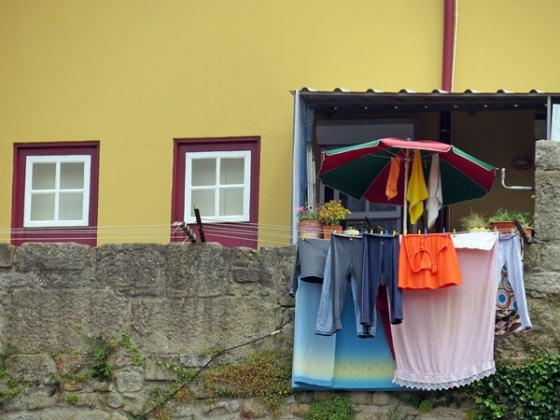 The colorful houses of Miragaia are constructed below the level of river Douro, on an ancient beach that served as a medieval shipyard, where the boats were built during the Discoveries Era. Nowadays, the houses are protected by a large wall and the upper floors are built over arches, which gives the whole neighborhood a very special atmosphere. 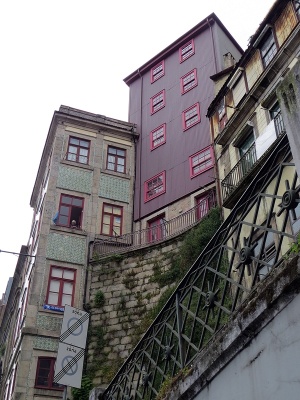 Walking along the R. Nova da Alfândega I had a fantastic view over the area, but the whole time I had to be aware of the old tram and bikes. I would have loved to have the strength and the feet to walk up all the narrow back streets, all uphills. *smile. I was cheating and stayed on the upper level. 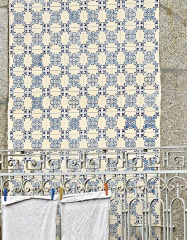 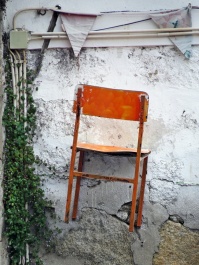 I walked up to Museu Vinho Port about 2000 meters – then I sat down and waited on bus #500 to take me back to Infante and the Ribeira, time to walk across the Ponte Luís I for a Port & Tonic at Sanderman. 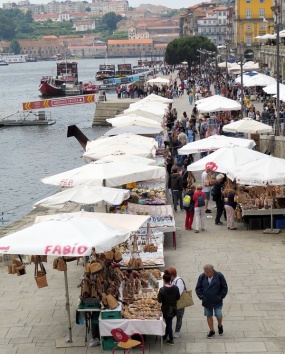 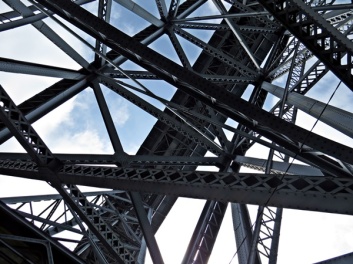 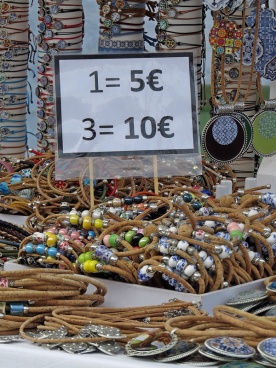 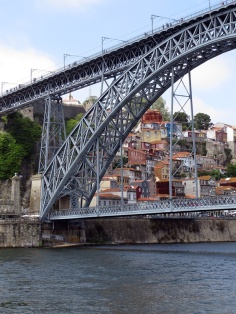 Both sides of the riverfront are busy on weekends because the there are craft markets on both sides … and I just love sitting there, being entertained to buskers.

Sitting on Sandeman’s terrace means that you have the best view of Porto. To be honest this is the side of the river to be staying, because of the view of the city. Sandemans has now opened their hostel and suites, “The House of Sandeman – Hostel & Suites” … a bit pricey for me, €195-214 for a double with breakfast for single use. But what a location.

Sandeman does the best “Port & Tonic” in town, they say … and it’s their creation. While I was sitting there … washing life goes by … the sun came out. One of my favorite spots in Porto.  It was a bit windy sitting there on the terrace and as I was leaving the wind got hold of my highball glass, no good party without some breakage.

I walked up against my street, R. de São João, from the riverfront to the apartment and had a stop at the Spar mini-market to get some fresh juice and some natas.