…. have been under the duvet since I returned from my UK and Ireland tour, they call it the B-flue. Still not fully okay, but getting there. *smile

My 12 days visit in Belfast, Stranraer, and Dublin … was just fantastic – had plenty catching up and meeting up with people that I left behind in April 2009, when I moved back to Sweden after 20 years in UK and Ireland.

On my way from Scotland to Dublin – I got an extra fantastic evening in Belfast together with my “old” boss and some of my “boys” – not at all planned. Just happened.

An afternoon visit at their management meeting was planned, but when my boss realized that I was staying overnight in Belfast, before going down to Dublin – he invited me to join him, the managers and his family to a concert at Odyssey Complex in Stena Line’s VIP box. I accepted without hesitation.

Belfast was nearly fully booked (because of the concert), hard to find a pillow that didn’t clean out the bank account … but I found a little lovely B&B for £49.00 in the University area, Harpers.

When I asked the taxi driver about the concert he told me that his teenage daughter loves the band, The Script. Never heard about the band – but …. what a show. The Script are an Irish rock band formed in 2001 in Dublin. 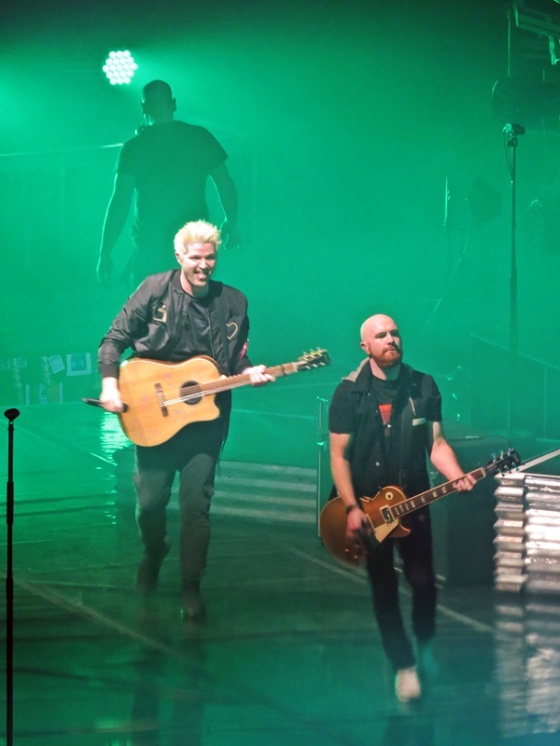 On the airport bus down to Dublin the following morning, there was quite a few that had been to the concert and I talk to one of the ladies – she lives in Dublin and was going to see the concert in Dublin too, 2 days later.

Lovely to see you all and thanks a brilliant evening – and I’m already looking forward to next year visit.

“Sometimes we don’t learn from our mistakes.
Sometimes we’ve no choice but to walk away.”
The Script, The End Where I Begin

17 thoughts on “a musical vip evening with a view”