I don’t remember exactly when my friend Maja provided me with free pillows last time, but I think it must have been about 4 years ago. Not that we haven’t seen each other for all that time, she has been down in Landskrona quite a lot.

Now when she was meant to have a full week of work we decided that I will come and visit … and also take on my old home city – Gothenburg both day and evening. 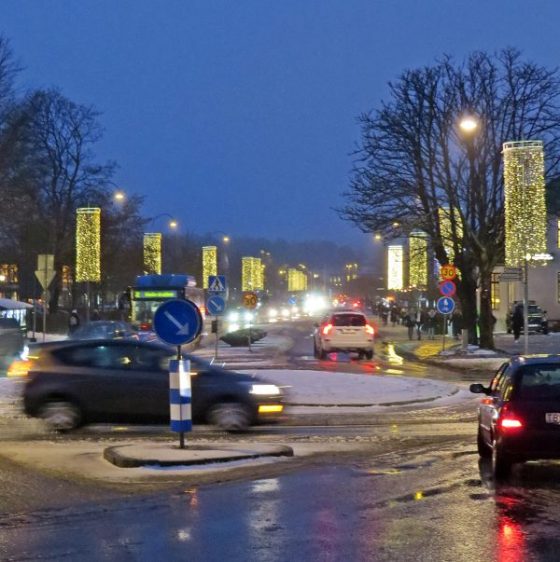 Maja lives in Kungsbacka. Kungsbacka is a municipality in Halland County on the Swedish west coast, some 30 km south of Gothenburg. A very neat and pretty town with around 82.000 residents in the whole municipality. Very popular town to live in – with closeness to the ocean and in comfortable distance from Gothenburg. It has a small town feel to it. Everybody seems to know everybody … at least everybody knows who Maja is .. and Maja knows everybody. There is a lot of money in Kungsbacka. 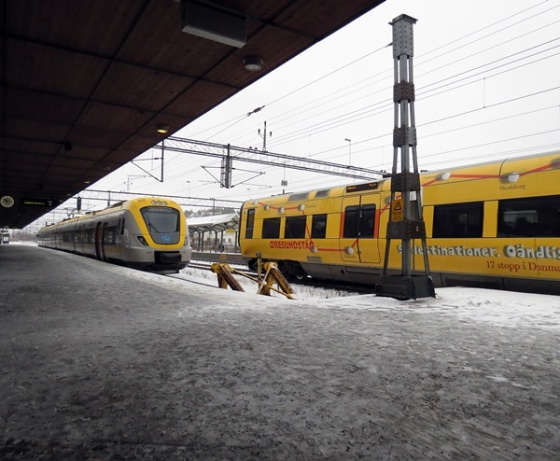 When I step off the train at Kungsback station I was met by Maja and the first snow for this season. When I was leaving Landskrona it was windy and wet. It is 2 hrs 15 min between us by direct train.

Had fantastic days with a pretty full dance program. 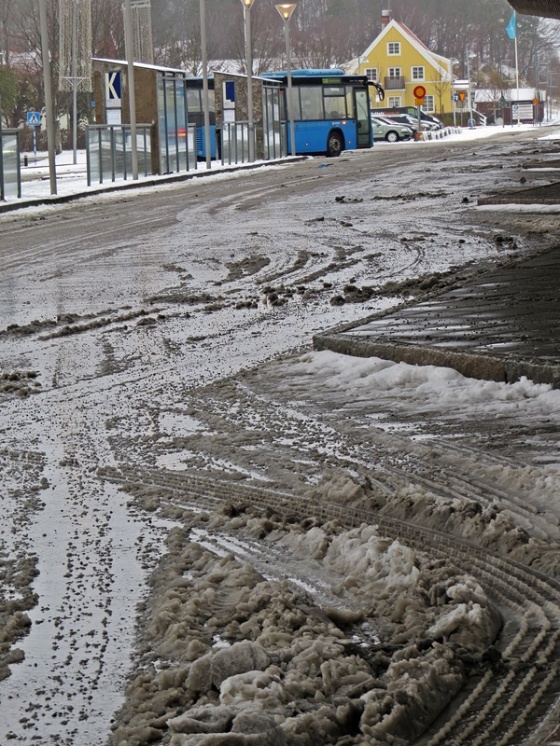 The water was very wired – it was snowing one morning 8am and 2 hours later I had to walk to the station in the heavy rain. 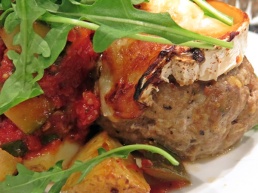 There wasn’t much of Gothenburg, because one of my friends had other plans that she couldn’t change … so I only went in for lunch with my friend Jytte and the weather was so bad that we just walked over the mall next to Gothenburg Central Station and more or less chose the first waterhole we came to. (“Le Pain Français”) was a superb choice. So there wasn’t much of taken on Gothenburg. We just had a long lunch and we had a lot to talk about, we hadn’t seen each other since June 2015. Pretty poor by both of us … when it’s only 2 hours between us, but it’s what it’s. We decided to make a radical change to that. 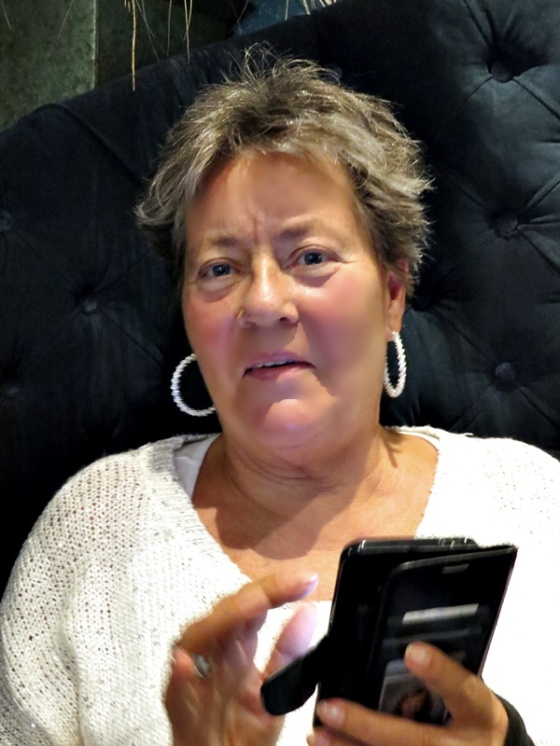 Really great food … and fantastic quality time with one of my oldest and dearest friends. I don’t have that many real friends … 5 in total here in Sweden and about the same amount over in UK and on Ireland. Then a couple of more in other countries. But my friends are … the most important thing in my life, after my health. We don’t have to talk on the phone every week … they are always there to pick up where we finished the last time we met. That’s real friendship to me.

I also had a chance to meet Maja’s daughter and her children, Pelle (4 years) and Annie (nearly 2) … Johanna, I haven’t met for nearly 7 years, so there were loads to catching up too. She lives in the most beautiful villa with her partner Marcus (haven’t met yet) and the children in Mölnlycke. Mölnlycke lays higher up then Gotenburgh and Kungsbacka so it was like being in Winter Wonderland … frost, snow and sunshine. 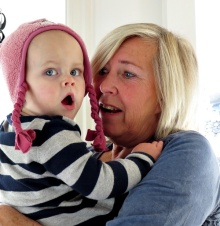 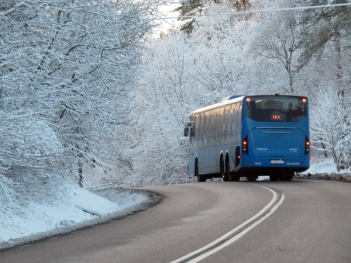 Was invited to one of Maja’s girlfriends birthday party – Lotta became 58. Lotta I haven’t seen for over 20 years … still the same bubbly and warm girl. Full house with family and friends, superb fish soup, great wine and homemade chocolate cake. Terrific party!!! Also met a couple there that belonged to my ex’s bunch.

The last evening we went to the Christmas Market at Tjolöholm’s castle.  The weather was very poorly with rain and mist plus very slippery walkways. But even if the weather was not very inviting the market were very busy. It’s all indoors … in all the converted barns. I bought a bottle of birch sap mulled wine. 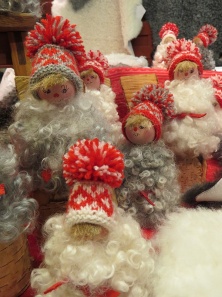 Tjolöholm Castle is a country house, built 1898-1904, in Halland, Sweden. It is located on a peninsula in the Kungsbacka Fjord on the Kattegat coast. Tjoloholm Castle was designed in the Arts and Crafts style. Once it was totally self-sufficing, today it’s own by Kungsbacka municipality.

Unfortunately, my camera battery went out and I have left home without back up.

But with help of Majs’s iPhone … I got proof that Santa excite. 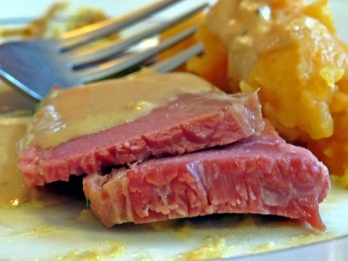 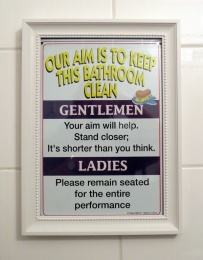 Before it was time to board the train for Landskrona I invited Maja to a Thank You lunch at “Restaurang Storgatan 1″ – a very nice homely restaurant with a great lunch buffet. I enjoyed a very traditional Swedish dish, Rimmat fläsk med rotmos och pepperrotssås (Salted pork with mashed turnips and horseradish sauce), so YUMMY … a dish that is hardly seen on any menu today. 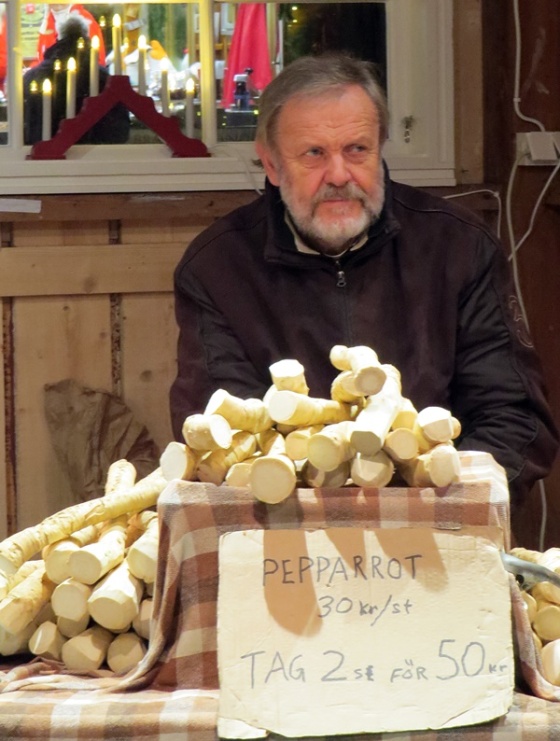 23 thoughts on “days with maja – loads of catching up”