It was during our first morning in Łódź when we walked along the lower part of Piotrkowska Street only a block from Liberty Square (Plac Wolności) that I saw newly wed coming with their photographer and they went through a backstreet gate and I decided to follow them. Then I saw all the diamonds and called Ann Christine over.

How could know that there is such a tough and lovely story about every little mirror piece that covers the building?

Later we found out at the hotel (when asked) that area is called Pasaż Róży (‘passage of the Rose’).  The passage with the diamonds of Łódź.

Joanna Rajkowska, the artist of the famous palm tree on the de Gaulle’s roundabout in Warsaw, in the realization of the project ‘passage of the Rose’. As part of the ‘Diamonds of Lodz’ action, the artist inlays the walls of the backyard at 3 Piotrkowska Street with a mosaic made of mirrors. Once, there used to be the first hotel of Lodz – ‘De Pologne’ (Polski Hotel), a 60 room hotel.

The 800m2 of the walls in the Polski Hotel’s courtyard has been meticulously covered with a mosaic of tiny pieces of broken mirrors. The repeated rosette pattern mimics the arrangement of the cells of the human retina. The ultimate result is a mesmerising fragmentation of the space. 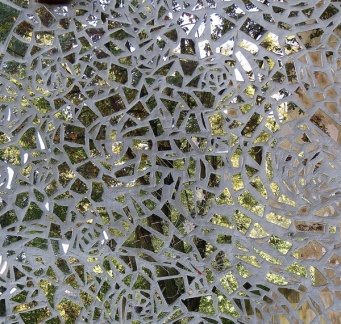 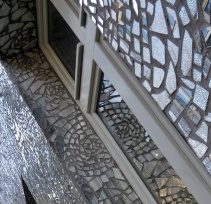 “In 2012, the artist posted on Facebook about her daughter being diagnosed with retinoblastoma – a type of eye cancer.
For now, we believe that following six cycles of chemotherapy, Rosa will undergo a laser operation or radiotherapy in London, where this kind of treatment is best done at private clinics. It will cost around 20 thousand pounds.”

So her daughter’s illness gave her the idea for the mirror piece. I found this image of them both in Weekend Gazeta. Mother and daughter at the site before her work started. Beautiful image. 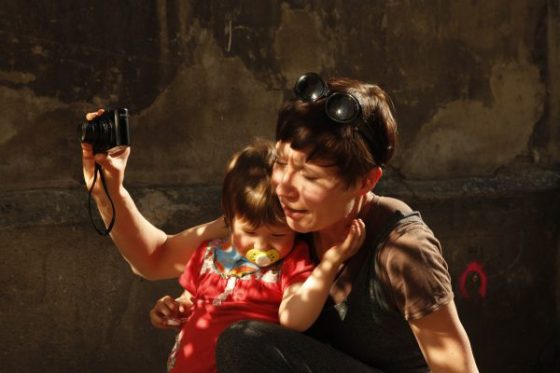 Rosa’s Passage combines both private and public narratives. The passage opened 25th May 2015.

I think this a magical place … and knowing about the history of the artist’s thinking behind her design and work. She wanted the building to “see” just like her daughter had started to do.

I wish that Google had been able to help me to find out how many mirror pieces that have been used, but I haven’t been able to find any information.

As I said a couple of time to Ann Christine … that we all need some bling-bling in our life and this is really all I need.

And I hope from the deepest corner of my heart and soul that little Rosa is okay today, able to see and enjoy her mother’s amazing works.

“The mirror is my best friend,
because when I cry it never laughs.”
Charlie Chaplin 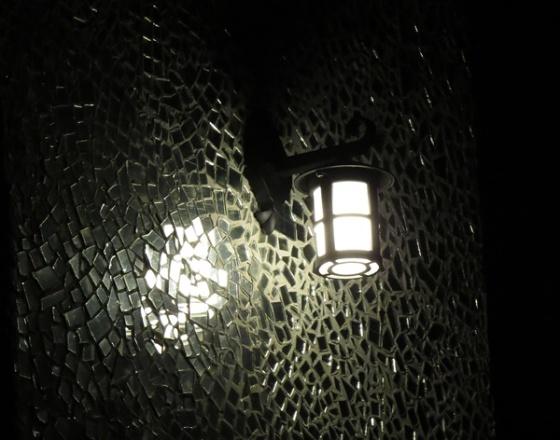