It’s very hard not to stop by nearly every chocolate shop – the creativity is endless and the packing is beautiful. 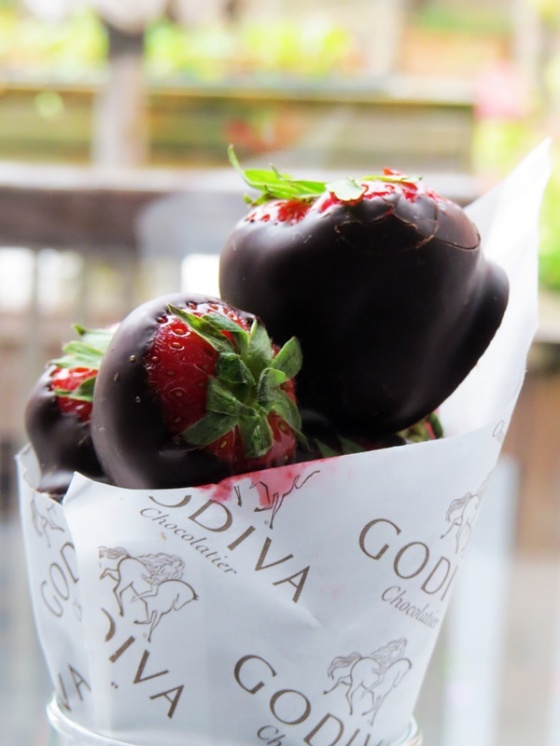 But we didn’t fall for the temptation …. more than once and that was the chocolate dipped fresh strawberries at Godiva. I guess it’s the world’s most famous chocolatier.

Godiva Chocolatier is a manufacturer of premium fine chocolates and related products. Godiva, founded in Belgium in 1926, was purchased by the Turkish Yıldız Holding, owner of the Ülker Group, on November 2007, Godiva owns and operates more than 600 retail boutiques and shops in the United States, Canada, Europe, and Asia and is available via over 10,000 speciality retailers. 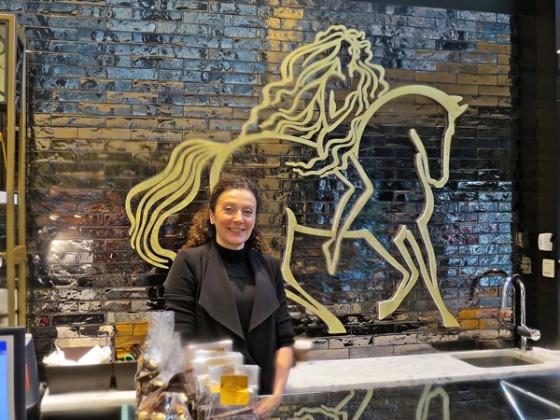 Godiva was founded in 1926 in Brussels, Belgium, by Joseph Draps who opened his first boutique in the Grand Place in Brussels under its present name, in honour of the legend of Lady Godiva.

The first Godiva shop outside Belgium was opened in Paris on the fashionable Rue Saint Honoré in 1958. In 1966, the company’s products reached the United States, where they were sold at luxury strip malls. The following year, it was purchased by the Campbell Soup Company. In 1972, the first Godiva boutique in North America was opened on New York City’s Fifth Avenue.

I was introduced to the chocolate during my years working in UK – by my good friend and also my BIG boss, Claes.

Godiva continues to own and operate more than 450 shops worldwide. The company issues six seasonal mail-order catalogues a year in the USA and also accepts online and telephone orders for their products. Godiva chocolate is also sold in local malls and mini shops. 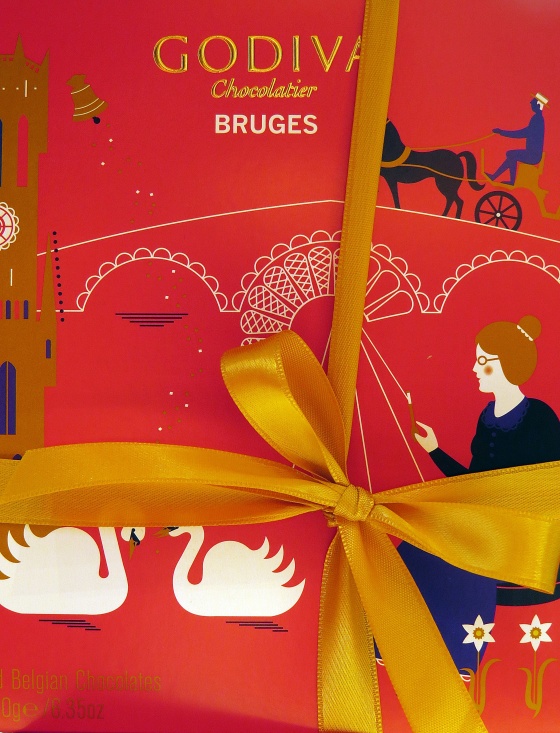 Godiva opened (May 2012) Café Godiva in London’s Harrod’s Department Store. The 40-plus table venue features Godiva’s chocolate beverages, pastries, and chocolates. The company also has a store in the Harrods Food.

In Bruges the chocolatiers are side by side on nearly every busy tourist street, quite a few shops show how they do their product and there is some that have workshops. 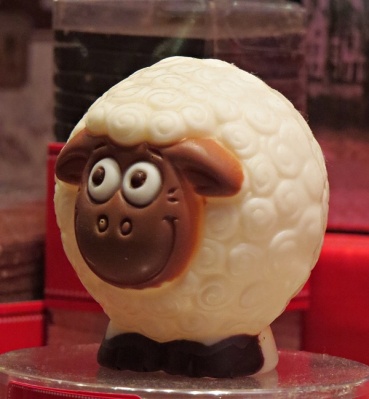 But we got the taste of Cecemel (or Chocomel)  … that comes from originally from the Netherlands. We went back to the same cafe nearly every day for … one, Café ‘t Klein Venetië. A cosy café in Bruges with a south-oriented terrace and unique location, very busy place because of it offers the most beautiful view of the canals and the Belfort. Open 7/7 and until midnight.

They served their Cecemel warm topped with stronger stuff – Anna Liisa went for the Baileys version .. and I had the Amaretto. One of the days we were there twice. I could get addicted to it and I don’t like hot chocolate????!!!!!!

Chocomel is widely available in the Netherlands, Germany and in Belgium (under the name of Cécémel). The drink’s slogan is “the one and only” (“de Enige Echte” in Dutch and “Le seul vrai” in French, both of which mean “the only real one”).

And of course, I delighted myself a couple of times with …. a chocolate dessert. At least 3 evenings. I only live once!!!!!

“All you need is love.
But a little chocolate now and then doesn’t hurt.”
Charles M. Schulz