I would have loved to be able to do this post the following day … after my first part ( http://wp.me/p293Pw-d4Y) –  but life happened.

The first part was all about the Ingrid Bergman exhibition at our museum, the rise, and fall of Ingrid Bergman. I grew up with her and her fantastic movies. 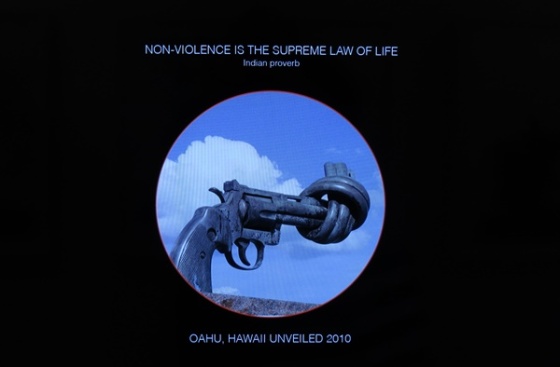 This part will be about “Non-Violence”, sculptures and drawing. Carl Fredrik Reuterswärd’s Non-Violence that the museum shows too. A renown and global symbol today all over the world. . The sculpture features a 357 Magnum revolver with its barrel tied in a knot and was made by Reuterswärd in response to the shooting death of John Lennon in 1980. 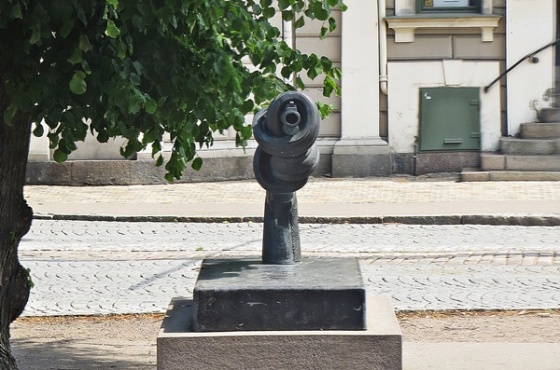 Our sculpture here in Landskrona is the only one with double knots. The sculptures are made in bronze.

He has also done a knot on Landskrona’s CHP plant’s funnel, the plant is called the “Energy Knot”.

Reuterswärd was born 1934, in Stockholm. He began studying art Fernand Léger in Paris in 1951 and had his first exhibition there in 1952. 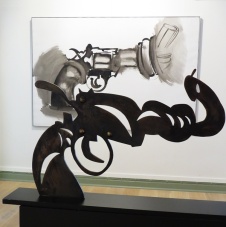 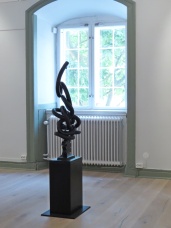 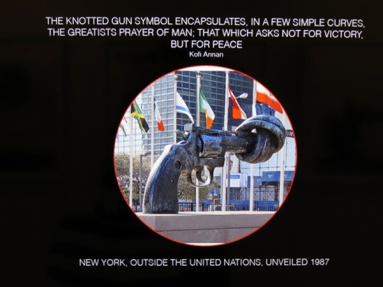 You will find his sculpture at about 30 places around the world:

Reuterswärd, who has long lived in Switzerland, was the end of his life living in Fortuna outside Landskrona, where he also had his studio. He passed away 6th of May this year, 81 years old. His legacy lives on during his magnificent sculptures and his Non-Violence Project. 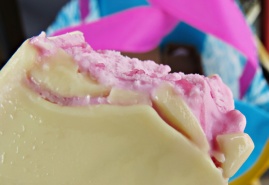 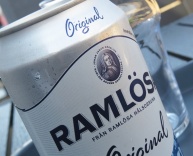 After spending time with Reuterswärd was it time for lunch and we took bus 5 out the little fishing village, Bostahusen. The sun was very gentle to us. We decided to enjoy fresh fish of course at one of the fishmongers shop and restaurant. I went for a fish burger and a Magnum Strawberry White that contains 250 kcal. *smile 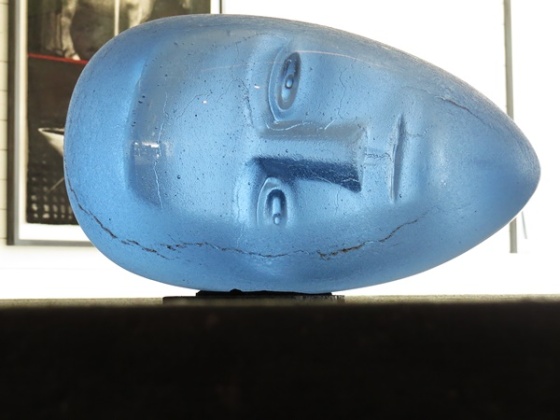 Just across the “street” at the Pumphuset Art Gallery did we delight ourselves with Bertil Vallien’s beautiful drawings and glass art. 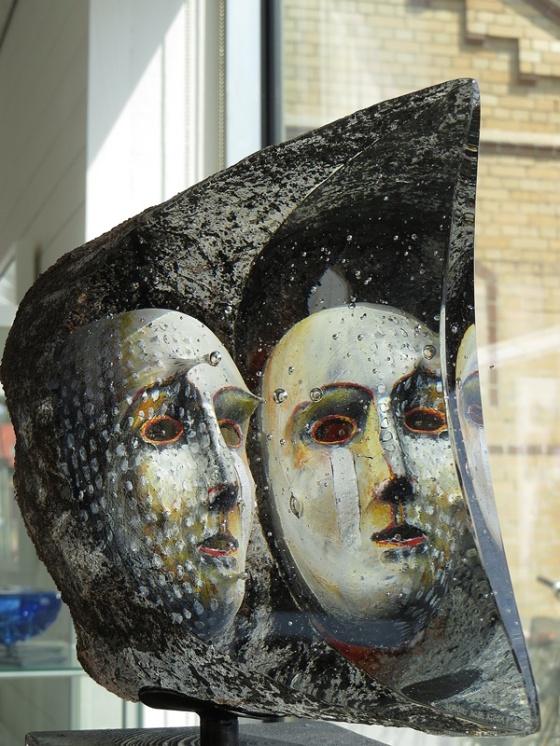 Vallien was born in 1938, in Stockholm too and still a very active glass worker (78 years old). He studied at Konstfack in Stockholm and 2012 he join Kosta glassworks, after 39 with Åfors glassworks. At Kosta, he has primarily been known for casting the molten glass in the sand, sand casting. With this technique, he has made iridescent glass sculptures of boats and heads. 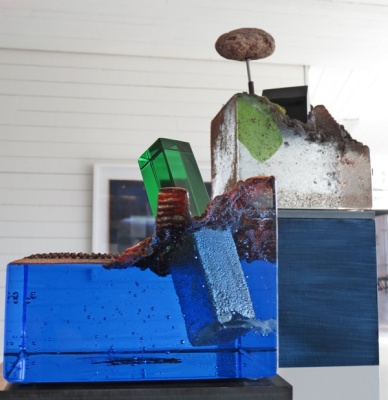 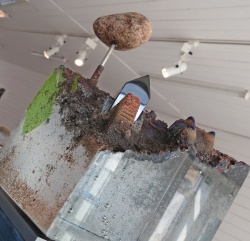 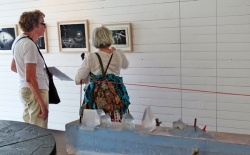 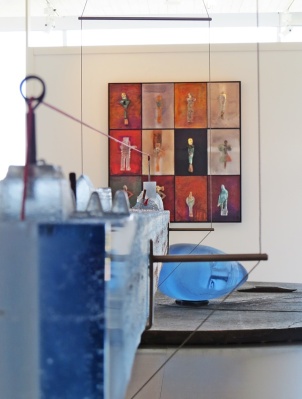 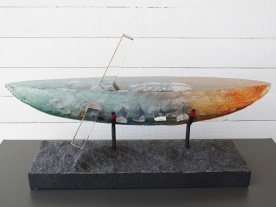 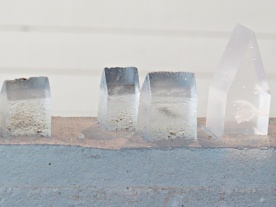 He fell in love with Ulrica, both studied at the ceramic college in Stockholm – and they lived in sin for many years, but suddenly they decided to get married without any bigger fuss, in 1967. 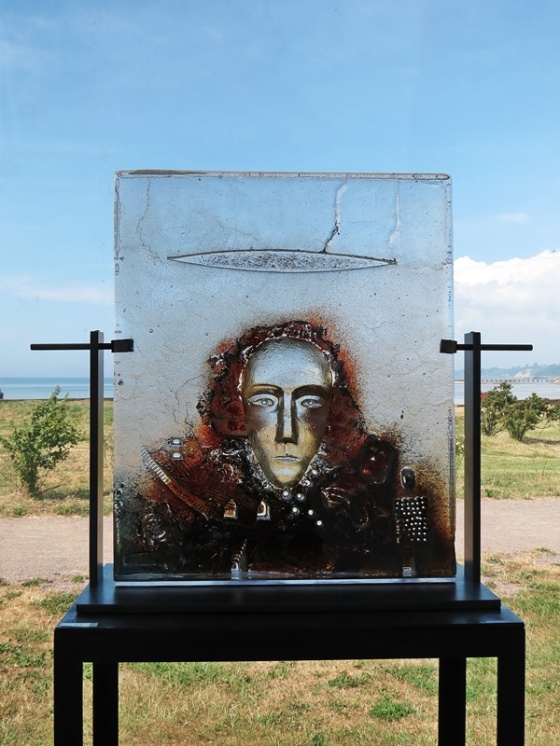 Two years later arrived Mattias was born in 1969 and Mark. Mattias tragically drowned in the pond a year and a half old.

He often use the head of his deceased son Mattias  in his art.

After a nice cup of coffee did my friend Iris take the bus .. to the station for returning home to Klippan. We had a fantastic day … and Landskrona have once again … delighted us with a fantastic day out. Landskrona is one the kind of town … but not all is sunny like our day.

“Imagine all the people
Living life in peace..”
John Lennon 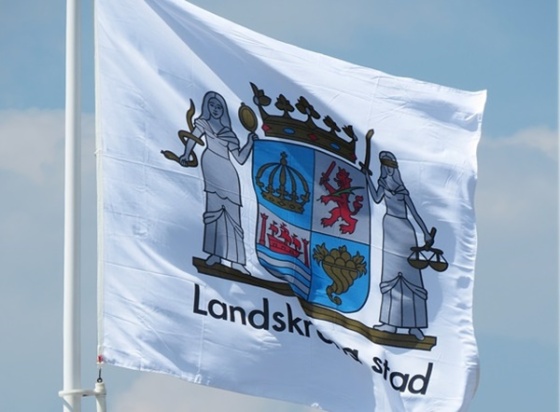