Been waiting for over a year … to get him back into my bedroom again!!!! Frank Underwood!!! A man that proofs that power can be very sexy.

And how suitable of the producers to have an election going on during this year series, very cleverly done.

A man that just walk over everybody, more ruthless … manipulating and uses all dirty tricks there is in the book to stay in power, but I think the US are better of with President Underwood than with President Trump.

“House of Cards” are back and there is many of us that have been waiting for season 4 and I just read that there is a number 5 coming too. 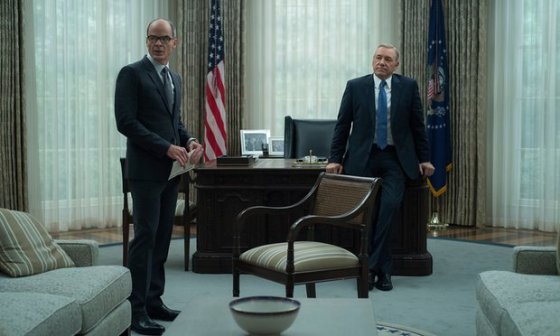 Yesterday, the streaming company .. Netflix released the latest series in its entirety to its 75 million-plus subscribers in 190 countries, allowing fans addicted to the exploits of Kevin Spacey’s ruthlessly machiavellian politician Frank Underwood to binge-watch the 13-episode run in one sitting.

The last episode of season 3, his very stylish and beautiful wife Claire walked on out him .. packed her things and left the White House, she just had enough of his ruthlessness and games – but she seems to be back and more calculating and elegant than ever before with an agenda.

I have loved Kevin Spacey acting for years, but this is the best part he done.

Robin Wright, I knew nothing about when I started to watch the series in 2013, They couldn’t pick a better actress for the part. She is just perfect.

The first 4 episodes came to me when I flew back from NYC in September 2013. The series was at that time more or less unknown over here in Sweden. Today it’s the same talking point as everywhere else around the world.

With Netflix thought to have an international marketing budget of around $1bn (£700m) and $5bn committed to covering programming rights this year, the streaming service has deep pockets to promote the show that has become its global master brand. In UK only there is suppose to be about 5,2 million fans. 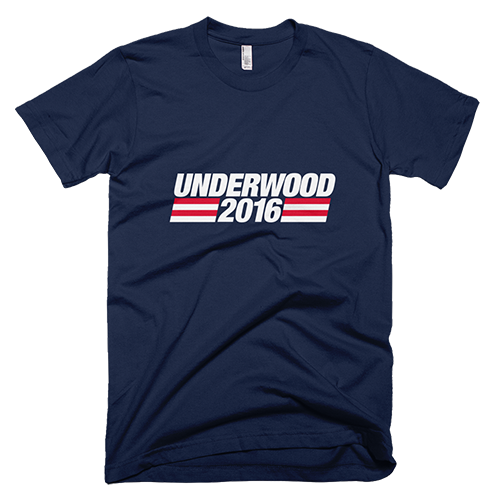 The marketing also includes a fake campaign website, FU2016. Where Frank’s un-nerving gaze is turned towards the viewer when a keyboard cursor runs over his eyes – plus a spoof presidential pardon from the politician on Twitter for those planning to take the day off work to watch the show. And at Amazon we can find all the usual campaign stuff; mugs, T-shirts, bags, laptop sleeves and beach towels.

I could have started watching last night, but with the laundry room booked 8 am this morning, I save it up for this evening. Can’t wait … to crawl up in my comfortable bed and spend most of the night with Frank.

To paraphrase Frank Underwood, sleep is so overrated.

“Of all the things
I hold in high regards,
rules are not one of them”
Frank Underwood

22 thoughts on “sleepless weekend ahead … frank is back!!!”