When visit Hiroshima is it very hard to understand the impact that a-bomb had on the city – if it hadn’t for all the memorials all over the city it wouldn’t be noticed. All the a-bomb survival trees …with their reminders.

What I understand was Hiroshima an industrial city before “little boy” – something I didn’t see any of today. Also long the banks of Ōta River and Peace Boulevard is it mainly apartment buildings.

I really liked Hiroshima, because it was in my eyes a very dignified city and quite in a pleasant way. There is no noisy traffic, no beeping horns. Plenty bicycles and I didn’t have feeling of stress. Still it lives 1,2 million people in Hiroshima.

The first afternoon after the 6,5 hours ride on a very comfortable pink bus – fantastic service; Willer Express bus – I took a walk in the beautiful sunshine before even packing up. After all that rain that Tokyo and Kyoto had given us, the sunshine was so important to me. 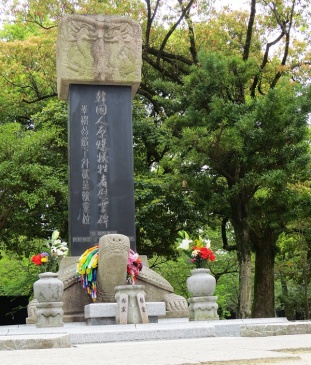 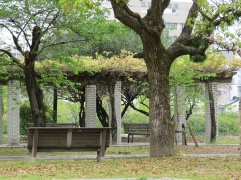 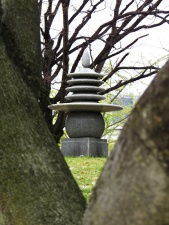 So I walked over to the Hiroshima Peace Memorial Park (also called Heiwakinen Park), so beautiful and relaxing. It was very busy and I just had a short stroll, because I was going there the following day with Nancy. Only a 10 min walk from our hotel.

“Hiroshima Peace Memorial Park (広島平和記念公園 Hiroshima Heiwa Kinen Kōen?) is a memorial park in the center of Hiroshima, Japan. It is dedicated to the legacy of Hiroshima as the first city in the world to suffer a nuclear attack, and to the memories of the bomb’s direct and indirect victims (of whom there may have been as many as 140,000). The Hiroshima Peace Memorial Park was planed and designed by the Japanese Architect Kenzō Tange at Tange Lab.” (wikipedia.org) 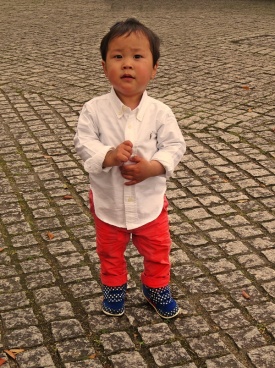 The park was officially opened on April 1st 1954. The Hiroshima Peace Memorial Park is over 120,000 square meters and is lined with trees, lawns, flowers and walking paths, plus plenty of benches to sit down and enjoy the beautiful surrounding.

Even if there is 57 different memorials, monuments and buildings in the park and along the river walks – the park isn’t making it’s visitors sad …. but it makes us think and reflex on things. It makes it’s visitor clam. The park embraces you.

And over the park the Japanese flag is flying proudly high. Officially the flag’s  name is Nisshōki (日章旗?, “sun-mark flag”), but is more commonly known as Hinomaru.

My images here is taken during my solo visit and the next day when I visit the park together with Nancy, it wasn’t the sunny weather as the previous day had given me – it was overcast, but nice and pleasant.

My favorite spot in the park was the Hiroshima National Peace Memorial Hall fountain with the sky-lite dome and some of the rubble that the bomb created around it. 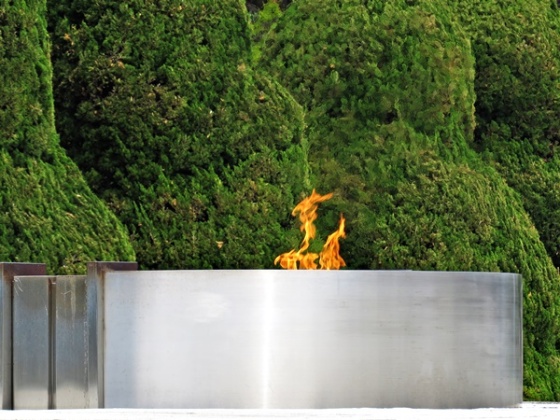 “REST IN PEACE. THE MISTAKE SHALL NOT BE REPEATED”
(inscription on The Memorial Cenotaph)