This post I published in Febr 2012 – had only been blogging for 14 days – so I have updated and here it’s again.

My life as a chef and woman I could say started in Copenhagen – and journey that followed. Copenhagen isn’t on my Top 10 big city list. It would have been 15 years ago, but I have changed and life has taken me to other places. Still I have a lot to say about this city – that I know better then my own capital, Stockholm.

Denmark is today the happiest country in the world – and I understand why.

Copenhagen, the second largest capital of Scandinavia, Stockholm is the largest – but the most expensive one. Find it more expensive then Oslo. Ranked as the 17th most expensive city to live in – 2011- with Stockholm on 39th place.

Today Copenhagen has population of 1,199,224. It’s situated on the islands of Zealand and Amager.

Copenhagen has repeatedly been recognized as one of the cities with the best quality of life. It is also considered one of the world’s most environmentally friendly cities. A lot of Copenhagener’s commute to work on bicycles. Since the Öresundsbron opened that connect Malmoe, Sweden with Copenhagen in less then 20 min by train. It has become popular to live in and around Malmoe … and still keep on working in Copenhagen. The salaries are higher in Denmark and the Danish Krona is stronger then the Swedish. Also it’s cheaper to live in Sweden.

Copenhagen got city status in 13th century. The Danish also claim the have the oldest flag in the world – it fall down over an alter from heaven in 12th century – adopted 1219 – and it’s called “Danneborg”

What a Copenhagen most famous for ????!!! “Den lille havfrue” – “The Little Mermaid”, the statue and icon of the city, from the fairy tale by HC Andersen with the same name. The statue was commission in 1909 by Carl Jacobsen, the son to the” Carlsberg” founder. She have lost her head a couple of time through the years – like most of us women do.

Then we have the Danish Queen, Margrethe II – a strong colorful lady that are a heavy smoker and up to 2006 even in public. She paints, she writes and illustrate children books – also an accomplished translator, rumors are that she had a big part in the translation of “The Lord of The Ring” into Danish. She also design  jewelry and some of her own clothes. Very much loved and popular person, that in February this year been on the thorn for 40 years . For me she are a big part of Copenhagen, even if she belongs to the whole of Denmark.

Georg Jensen, world famous designer – silver and stainless steel. One of his wathces are top line on my wishlist. Danish design in over all – is world known for it’s simplicity, lines and how to use and mix natural material.

Tivoli Gardens or as we call it “Tivoli” – next door neighbor to the Central Station. Open 1843 – beautiful amusement park or what the Danish call it a pleasure park. Have about 4,5 million visitors per year. Famous for the rides .. flowers .. The Pantomime Theatre, a toy like building in Chinese style – their curtains needs 5 men to operate.

“Strøget” – the longest pedestrian shopping area in Europe. 250.000 people use the area every day in summer and winter the halve amount – with “Magasin du Nord”, Copenhagen’s answer to Harrods.
“Strøget” was only a street before – now it’s an area full of international designer shops, restaurants, local shops and souvenir shops.

So where to stay??? So many years I stayed at a hotel in Copenhagen. The 2 following hotels I been a guest at and very pleased with both.

First Hotel Kong Frederik is one of the city’s most classical and historic hotels with a prime location close to the Town Hall square, Tivoli Gardens and boutique shopping. The hotel has throughout the years been the choice of international performing artists and legendary Danish poets. (text; hotel’s web site)
Fully refurbish 2010. Excellent location.

The Clarion Collection® Hotel Neptun is ideally located near the Nyhavn, a popular area with many small bars and restaurants overlooking the picturesque harbor. Amalienborg Palace (Amalienborg Slot), the Royal Danish Theatre (Det Kongelige Teater), Kastellet (Citadel of Frederikshavn), the Strøget shopping street and the city’s infamous Little Mermaid statue are all near this Copenhagen, Denmark hotel. (text; hotel’s website).
Fantastic location just by the harbor and also great vaule. No really walking distance to anything in the city. ‘

Something to eat – there was really only one place for me;” Copenhagen Corner” and when I was with visiting friends in Copenhagen last weekend – I wanted to take them there, but the restaurant wasn’t where I thought or remember it to. Now looking at the net we passed on our way. Still where it always been, but there was a massive new building site in the way.

But reading about the today was it probably as well I didn’t find it, because the reviews aren’t that great. They had the most wonderful duck breast. It’s 18 years since I was there last.

So that was my restaurant recommendations. Must say that Hotel Fredrik had a courtyard restaurant that was excellent – had frog legs in a Dion mustard sauce there that was memorable. Today they have a gastro pub, sure the food is of high quality – all Frist Hotels has great to outstanding kitchens.

Of course we have “Sankt Gertrud Kloster”, nearly forgotten this hidden gem – unique and beautiful restaurant , in 1972 the restaurant open and still going strong- so they must be doing something right and I guess it’s food. It’s a must while visiting Copenhagen. 14th- century ground vaults with 1500 flickering candles, no electric light.

The Best “Smørrebrød ” in town seam to be found at “Restaurant Ida Davidsen” – today is the 5th generation that runs the show, they are also supplying the Danish Royal Family. Never been there, but when asking – this is what everybody recommend. The family Davidsen has been doing open sandwiches for over 100 years and been in the restaurant business since 1888.

And a MUST is to have breakfast, lunch or afternoon tea at Royal Smushi Cafe – and have a tray of their world famous “smushis”. The café has a beautiful court yard that is open for outdoor service so soon the air is warm enough. A very egocentric café on the main shopping street, Ströget – just between Royal Copenhagen porcelain shop and George Jensen. Here is one of my post about the café; weekly photo challenge; fresh
“Smushi” is a little very delicate, beautiful, creative and tasteful little open sandwich. 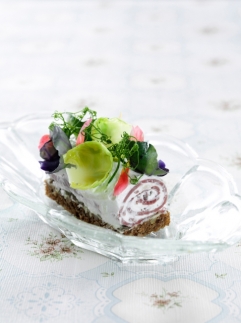 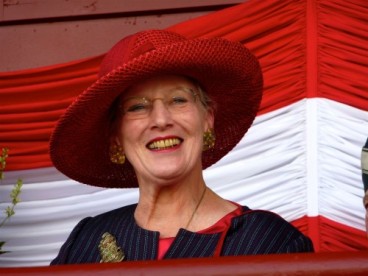 You have to just try a Danish breakfast; a warm Danish Pasty, coffee and an ice cold snaps – it will make you feel good the whole day. Promise!!!!!!! You will never be short of good beer in Copenhagen. *smile

And the most important thing you have to spoil yourself with a “Kartoffelkage” – probably the best cake in the world and the best one you find at Lagkagehuset, with shops at “Ströget”, Central Station and the airport (3). You can’t go home without having eat least one.

As cloud for this post I have gone for the rock band “Efterklang” from Copenhagen and their big international hit “Modern Drift”, released in 2010.

2 thoughts on “taste good every time!”