But only Michael Jackson beats the artist I spend yesterday evening with, Michael Bublé. Michael was the best ever spent money for a very long time …. he are just the full package as artist. 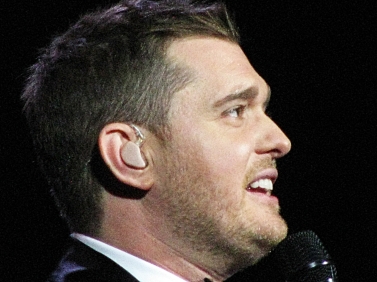 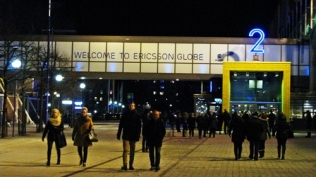 He had a nearly full Ericsson Globe Arena going and swinging for none stop 2,5 hours. Everything he offered from opening band – décor, stage … band, interaction with the audience and choice of songs he performed was just magical.

He sang songs from Beatles, Bee Gee’s, Elton John – ballads and of course his big hits. After a fantastic performance from “Naturally 7” – Michael took stage only 4 mins late. And he gave us just want we wanted and more – he didn’t leave stage for 2 hours; funny, relaxed and very professional.

It’s many years since I saw Michael at Madison Sq Garden, 2000. To compare the young Rat Pack singer from then to the artist he is today – is like night and day. He was only 25 then.  The show he offered in Stockholm was generouly great.

And when Canada had beaten Sweden in OS ice hockey finale some hours earlier – and as the mad ice hockey supporter Michael are, he just had to rub a bit more into our wounds.

Also he used two stages – one in back of main arena floor too – there he could really interact with the audience. On that stage he did a couple of numbers together with Naturally 7.

And the arena was swaying. He introduced the band as “Team Buble” – a fantastic bunch of musicians – and he also used a string section of 12 Swedish ladies, that he hadn’t even rehearsed with.

When he did “Cry Me a River” and “Feeling Good” I moved to another planet – MB planet. “Cry Me a River” is my absolutely favorite of all his hits. On stage he does it so much more powerful, got goose bumps even between my toes.

During his performance of Beatles “All We Need is Love” it seemed the whole ceiling opened up of the Globe and heart shaped confetti was falling over us, millions and millions. Back at the hotel I emptied bag and jacket from the hearts – they nearly filled my room’s waste bin.

There were fireworks on the main stage too – but I didn’t manage to capture any of them, for the finale one I had no battery left in the camera. Had a great seat – row 3 and seat 22 – nearly just in front of the stage, but it was difficult to take great photos, because he was constantly moving around.

And when he in his finale song – Your Song – he stripped himself of both mic and ear piece … and sang even more powerful. What a fantastic finish of a magical evening – Michael Bublé magic.

He sang, he had a blast, he made sex jokes and we loved it all. Michael was shamelessly entertaining at the Globe. The curtain goes down, a hopeless romantic and utterly natural showman say goodbye to Stockholm.

He has even a bigger place in my muscial heart today … and I have plenty of his. ‘

“I`ve been singing this crap since I was 16!
Michael Bublé 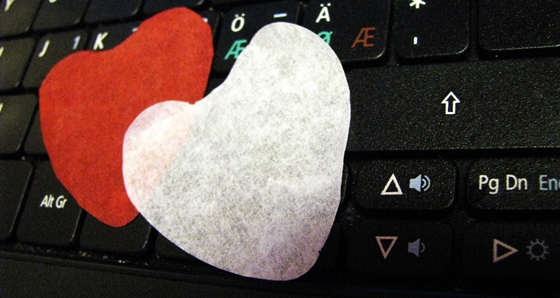 38 thoughts on “a man worth every penny”