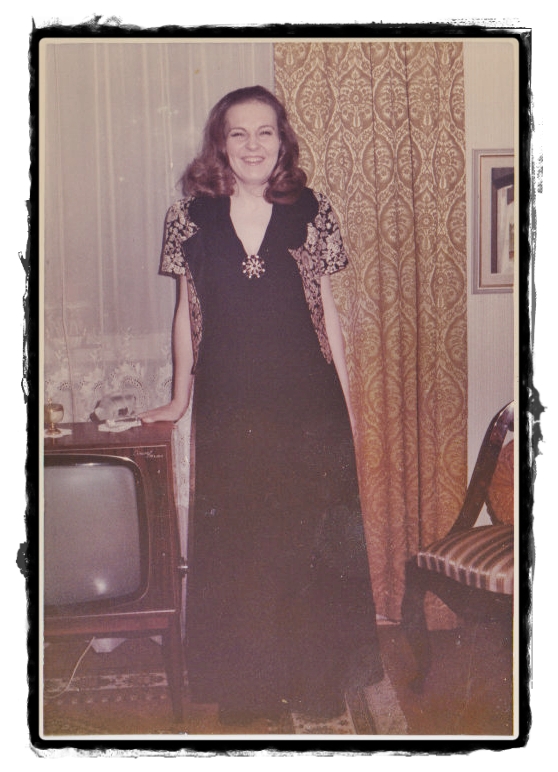 Wonder where this beautiful young lady has gone – this is me in the 70’s – in my own made black silk crepe dress and brocade bolero. This photo was taken at an very old ex-girlfriends home before a very special night out in Gothenburg – photo found when I went through mom’s stuff.

And this post is going to be the first of maybe many about my “haute couture” time – but all made by myself. I was making nearly everything I wore in those days .. and up to the early 90’s when I started to gain weight.

I got the idea for this post – when I posted a Vogue pattern with one of my chicken recipes the other day. Because I chosen music from a ballet and I wrote about that magical night when I saw the ballet and that I wore an Oscar de la Renta copy, which I made myself. So blame the chicken for this; one-pan leftovers …. summer chicken and it’s going to be a very long one too!!!!!

Thanks to Google have I manage to find some of my favorite Vogue pattern and my posts is really going to be about them and the reason for I made all those fantastic dresses – of course the reason was a man – and not just any man. *smile

Let’s start with the romance – because otherwise you will fall to sleep before we come to the dressmaking – so you have to wait for the dresses until next post. Sorry.

It all started in early September in 1972 – when I was on 3 weeks holiday in Monte Carlo. Had been saving up for the Olympic Games in Munich for nearly 2 years and when I wanted to book – everything was sold out, so there I was with “all the money” and nowhere to go

… so they gave me a bunch of brochures to look through and in one of them they had Monte Carlo as new destination for the season. And so it became. Knew very little about my destination – just that Grace Kelly lived there – I got my life’s surprise when I saw what Monaco was all about. 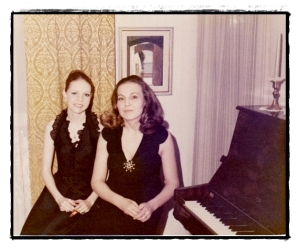 After 10 days into my holiday … I met this dream man of mine – when I was nightclubbing with a Swedish girl that was on holiday with her parents, we met on a tour to St. Tropez . They stayed in Monte Carlo too, but on another hotel.  It’s her on the photo above – she lived in Gothenburg too, but can’t for my life recall her name.

This dream man … was very handsome, tall, funny, elegant, urbane, quite rich and a fantastic dancer. Byron was his name and Greek by origin. 12 years older than me …  he just swept my of my feet.

He smelled so good too – and he used Old Spice, his bathroom was full of it – and he drove a black Jaguar E-type Cab, which woman can resit a car like that???!!!  A romance started and  lasted for about 3 years.

After a couple of dates I phoned mum and told her about him .. and I was all babbling on about him over the phone, mom was silent and when I had finished – then she said; Come home NOW!!!!!! But I didn’t listen to her and I’m so glad I didn’t.

His world was so quite basic – there he mostly wore jeans and deck shoes … but it was also so far way from mine at times. He loved to play volleyball with his friend on the public beach and in the evening he wore tuxedo at the Opéra de Monte-Carlo or dinned at “Le Louis XV”.

And with that came a problem – I wouldn’t be able to afford constantly new dresses and not at that level, so I had to start making my own and I became very good at it too. Not that I think he would really care if I didn’t wore “haute couture” or not, but for my own comfort I wanted to be up there with the other elegant ladies. So I asked mum to show me – and that was the start of it all. 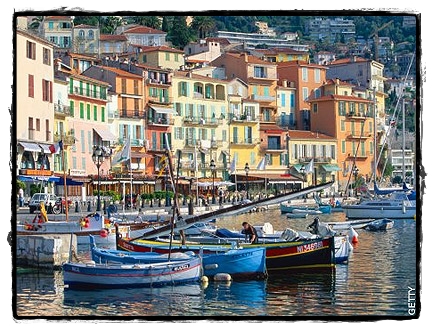 He taught me all about wine, ballet, food, art, music, opera … travel and sex, a fantastic mentor. He also learned me about to enjoy the simple things in life – it wasn’t all fancy dinners, Monaco Grand Prix and gala events; it was walking barefoot along the beach .. looking at the stars and orienting them, eat the best chicken dish ever – at a place that was like a hole in wall (now gone). He tried to taught me how to appreciate oysters at a seafood bar in Villefranche-sur- Mer, which was one of his favorite waterholes, but he never manage that.

He took me along Côte d’Azur, Provence, Rhône-Alpe, Corsica, Swiezerland, the Italian Rivera and Palermo – to small villages up in the mountains, the beautiful “L’Eden” restaurant that hangs over the cliff in Eze-Village many times (his favorite), to the casino in San Remo , countless times to a farmhouse restaurant above Menton (have been looking for months to find the name) a very special place – and he showed me how to shop in Nice and how to find bargains.

And of course there was a magnificent yacht involved that he had unlimited access to a yacht, not his own, a perk from his employer – Onassis. He bought his own when he returned to Athens in 1975 and named it “Coca-Cola”.  It was nearly in the same class as the one in Monte-Carlo. There is a story about that part of our friendship too – but the link with come with the next post.

He lived in a magnificent apartment on Boulevard d’Italie on the 5th floor, with the most stunning view over the whole of Monte Carlo and the Mediterranean Sea.  Very similar to the view here on the photo below, found on an estate agent’s website.

He didn’t give my a lot of presents – or bought me things, but he gave my first real fragrance ever – and I used it for years and the compliments I got was unbelievable, both from men and women – one of my most kept secrets is now going to be revealed, the name of my favorite perfume … and I still use today at special occasions, Courrèges Empreinte – it was launched in 1971. But he gave me very often chocolate from “La Chocolaterie de Monaco“, that is the official chocolate maker of Monaco. Byron said that a woman should always have chocolate pralines on her bed side table. 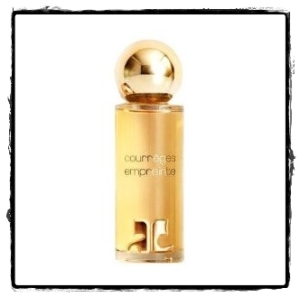 But he surely gave me plenty of life experience – that I never will run out off.

The list is endless … and he totally changed my view on the world around me – but I was only 24. And with a romance that had a beautiful frame of Monaco – no wonder I was up on cloud nine most of the time. Such a beautiful place but it stinks of money. *smile 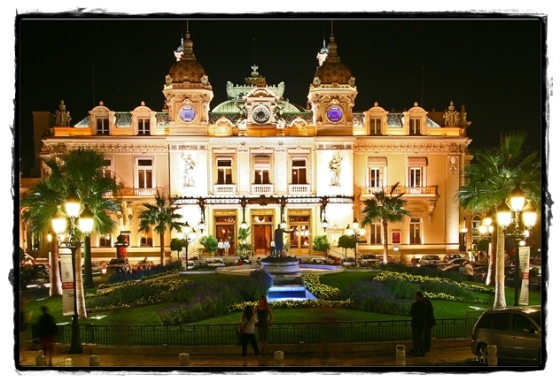 Why nothing came out of our romance ???!!!! Maybe I was smart enough to understand that with a man like Byron, that traveled the world and we didn’t see each other more than max 6 times per year – there was other women too .. and our romance just died out – but we stayed the best friends until his death in 2001.

“Men always want to be a woman’s first love –
women like to be a man’s last romance.”
Oscar Wilde

“Madama Butterfly” was one of the operas Byron took me to – he was a big lover of Puccini’s operas. I’m more of a Verdi girl. “Un Bel Di, Vedremo” – One Fine Day – is one of the most romantic arias there is, in my ears. Here it’s sings by Paula Delligatti.

The original version of the opera, in two acts, had its premiere on 17 February 1904 at La Scala in Milan. This was due in large part to the late completion and inadequate time for rehearsals. Puccini revised the opera, splitting the second act into two acts and making other changes. 3 months later this version was performed in Brescia and was a huge success.

We enjoyed the event at l’Opéra de Marseille – after that I have enjoyed it again at Royal Albert Hall, London, 5 years ago – on my own. For the evening at the opera in Marseille – did I wore this dress, model E with crossed neck and ruffles – it was made in black taffeta with small white polka dots – the dots was painted on to the taffeta.

This dress has another story to tell from Gothenburg – but that is a story in itself and a lot shorter.

Earlier related posts, that I have updated … please, visit – it’s a beautiful world I bring you into in both post.

somebody else has to pay for the damage

77 thoughts on “romance and dressingmaking – the romance”