and also in memory of Martin Kelly, co-founders of  “Facing The World”. “Facing The World” is the only charity I support except  Amnesty International. It  is an  UK origination/charity.  You can see their logo on my site. PLEASE, WATCH THEIR VIDEO and you will understand why my heart beat so hard for this charity.

Martin Kelly, one of Britain’s leading plastic surgeons -collapsed in  his London home – in May 2008 and died in heart failure. This fantastic man that have made it possible for children be able to smile and help them overcome their disfigurements.

FACING THE WORLD is a children’s charity. It has been set up by some of the UK’s leading craniofacial surgeons so that children in desperate need, living without hope in the world’s poorest countries, can have access to the very best surgery that can transform their faces and radically change their quality of life.

The charity came to me through a TV documentary, Facing the World was featured in an hour-long Channel 4 documentary “My New Face”,  November 2006  – that I saw while living in Belfast – and it made a such impression on me that – I started to support the charity the following day. I made a deal with myself; that what ever I spend on shoes and handbags – the same amount will go to this charity on top of my monthly contribution .

Facing the World has also been featured in an hour long Five (TV Channel) documentary 7 New Faces in 7 Days in July 2010. The documentary covered charities training visit to Danang, Vietnam. I had then moved back to Sweden. 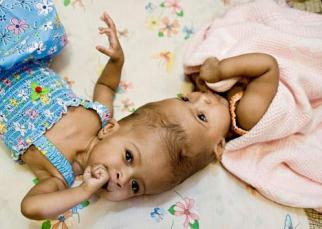 Facing the World was set up in 2003 by Norman Waterhouse and Martin  Kelly, two craniofacial plastic surgeons at the Chelsea and Westminster Hospital. Both had formerly volunteered their time and skills to medical outreach charities abroad, but had been touched by cases of children that they were unable to help because of the limited facilities and lack of expertise in the countries in which they were working. With Facing the World they determined to bring children to the UK for surgery, rather than attempting to perform the operations with the limited infrastructure of the children’s home countries. Bringing the children to the UK allowed them to draw on the skills of other like-minded UK medical professionals. Sarah Driver-Jowitt was hired to manage the charity and in 2004 an office was established close to the London hospitals where the majority of the surgeries are performed. The charity was launched publicly on 15 February 2003 at a charity fund-raising premiere of the film Solaris attended by George Clooney and his co-stars. (text; wikipedia.org) 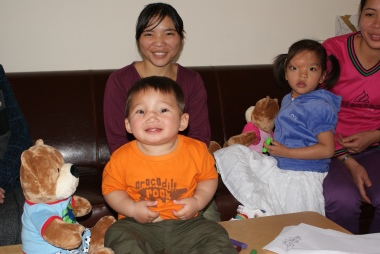 The other day when I was approached by a young woman that was raising support for the Red Cross … I told her that I only support one charity and I want concentrate on that and support it to 110%.

It all started in 2003 when Martin was volunteering in Afghanistan with Children in Need when he met a young girl called Hadisa. At eight months old, she was carried hundreds of miles by her father to receive treatment after the village elders tried to stone her to death for the shame they thought she brought to their community. The medical facilities in Kabul were not equipped to deal with the severity of Hadisa’s condition.  This was a situation Martin and Norman had experienced all too often, whilst volunteering overseas. Martin decided Hadisa’s only option was to come to London for treatment. (text; facingtheworld.net)

They also work with oversea training – the result of this pioneering programs is that over 100 patients, both children and adults, are seen each year, receiving the surgery and support care that they need.

I have for over a year now thought about doing a post about the charity – but it never happened … but the young lady from the Red Cross – reminded me and here it’s. Please, watch the video – this what I believe in, this is my faith – my beliefs … people that make a different to others with passion and respect for life. And what a wonderful gift those men and women has … when they are able to give a smile to a child for lifetime.

All doctors, nurses and cleaners involved – in those operations that can take up to 12-16 hours … and some of the young patients has do more than one operation – are doing it for free, totally voluntary  … and everyone of them are all involved in the decision to what child to be helped.

It costs an average of £50,000 to fund one child’s treatment in the UK and it’s only to click on this link if you are willing to help – every little amount counts: FACING THE WORLD – DONATE and you will be helping a child to be able to smile.

“A child’s smile is one of life’s greatest blessings.”
Unknown

As my cloud for this post I have chosen  Coldplay’s “Fix You” – that is “Facing The World” signature track.

Photo’s provided by and thanks to: facingtheworld.net/vtct.org.uk/optimistworld.com

42 thoughts on “to give a child a smile”