…. after 23 years. Last Wednesday did I meet up with a good old friend and colleague after 23 years – I had lunch with Iris. It was wonderful weather – nearly like an early spring day with clear blue sky. 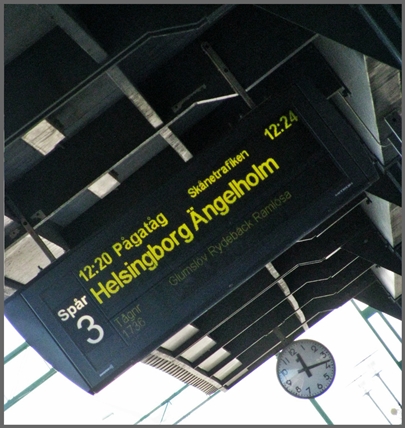 We worked together as cold larder chefs in the 70th’s and nearly lived on the same street so friendship came natural between us. Iris was the one that released me aboard “the little red ship” in Hong Kong in 1979.
After that we went separate ways. After her turn aboard that little special ship she went deep sea on massive container vessels and I went back to Stena Line – we met up once in a while – when we was home on leave, but then Stena start sending me around the world .. and I think the last time we run into each other was in 1990.

Iris was jazzing around the world onboard big vessels and I was trying to solve problems on small vessels.

Then out of the blue in October last year I got a postcard from her – with all her contact details – she is are living in Skåne (Scania) too – maybe a little more than an others drive from each other.

So then we decided to meet up in Helsingborg – nearly the same distance for both us with train. 21.02.13 it all happen at 1pm. While waiting for Iris I stepped outside the station and took some photo – nothing exciting happened at all. Helsingborg is a city with stunning old building.

In Helsingborg is the station really called “Knutpunkten” – the Knotpoint – because there is all transport connected; trains, busses and also the ferries over to Denmark, Helsingör … 20 min shuttle service and departures every 5 min. 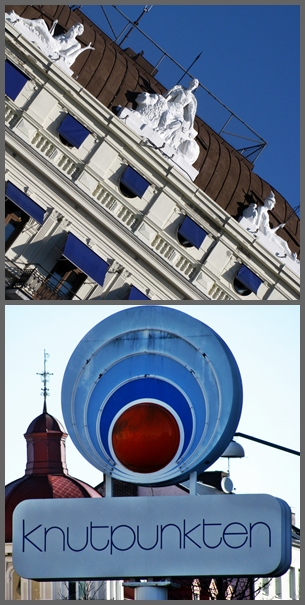 It became a fantastic lunch and reunion – we just walked across the street from the station to a big place called “Harry’s”. A place I never been – with stunning crystal chandeliers and candles in a very rustic setting. A very busy place.

In Sweden we have something called “Dagens Rätt” (Today’s Dish) – it’s choice of dishes for a set price .. that includes drinks, salad bar, bread and coffee. On “Harry’s” it was for a price of 85.00SEK/$13.20/£8.70/€10.05 plus that Harry’s also inclued cookies with the coffee – so we both went for “Wallenbergare”, witch really is a burger made of mince veal and has whipping cream in the mince mix and we eat it always with mashed potatoes and green peas (bet they were from Findus) plus our beloved lingonberries. A great choice – a very tasty lunch. 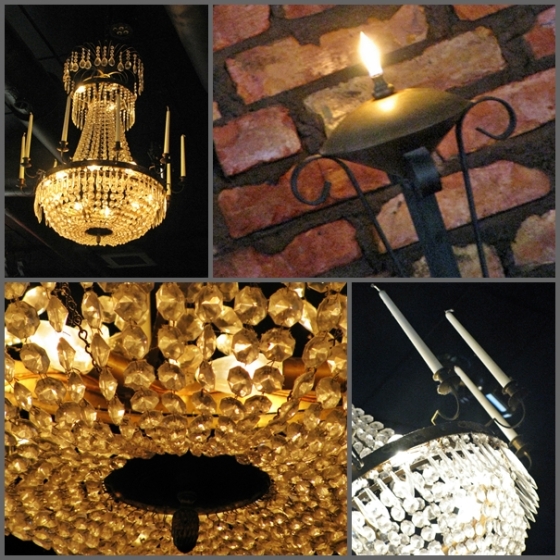 It was truly great to see her and it was like it all had been yesterday, she hadn’t changed a bit. The same forward person maybe with a couple of more wrinkles, but the same strong personality – we had loads to talk about of course …

Same as me – never married and no children … she are today living with a partner since 6 years back and very happy. He are the reason why she gave up Gothenburg for a little community down here in Skåne.

We said goodbye after 3,5 hours none stop talking – and we decided that we are going to meet up again – and she will also try to get 2 other girls that worked with us, ask them to come down from Gothenburg – so we can have a big reunion and a BBQ this summer.

Amazing how friendship never really dies – after 23 years … it was like we picked up where we left things.

I must say that my true friends was all like that – was away for so many years – we met up when I was over here visiting – some visited me over in UK & Ireland, but it wasn’t like we talked every week or month. They were there when I came on visit and they were here when I moved back home. Just like I had never been away. That’s friendship.

I’m truly blessed because I have quite a few REAL good friends that always been there for me. Same with friends that I made while living abroad … they are always there when I want to visit … even if we don’t have regular contact.
That’s for me true friendship.

It has nothing to do with talking on the phone every second week … it’s all about always being there for each other when it matters.

So looking forward to meeting up with Iris again .. and that BBQ in the summer is going to be great fun, because one of the girls I haven’t seen for 30 years …

As my cloud I have chosen Freddie Mercury & Montserrat Caballe’s “Barcelona” – because during our lunch we found out that both of us loves Barcelona and Freddie – so it was a  natural choice for me. The song was released in 1987 – and it became the music theme for the Summer Olympic games in Barcelona 1992.

51 thoughts on “great to see you again”