So I have been up in Gothenburg over the weekend, catching up with girlfriends and serious shopping. Gothenburg is a fantastic city when the sun is glued to your back – they had told me to except rain the whole time – all 3 days – but I didn’t really know what happen there … it only rained late Saturday evening and night. I did get a drop on me. Talk about luck.

Had a very early start on Friday morning, up 5am and a girlfriend picked me up in her brand new car just 6.30am – and the rain met us after about 45 min drive up the motorway, but that was all.

Our first stop was “Gekå” in Ullared, the maddest place to shop in Sweden. I
did a post about this during, A-Z challenge – “U stands for Ullared”. We where a bit early, they don’t open until 8pm – so we had to queue for about 5 min. 3 hours later (with breakfast break include) we left – 1500SEK/$227.00/£153.50/€181.55 lighter and 5 shopping bags heavier. Everything is about 30-50% cheaper than other shops. I bought anything from food, orchids, washing liquid, children clothing, chocolate and night gown. They have 6000 shopping trolley and every trolley has a number – mine was 0229 – plus 63 check outs. 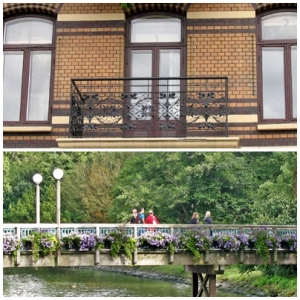 In the evening I met up with my friend, Evior, one of Gothenburg’s best well know hairdressers – we have been friends since 1972 when I became a customer of hers at one of the top salons in town, but she had her own salon for 35 years now, called “Rödluvan” – means “Red Riding Hood”, because of her beautiful red hair. 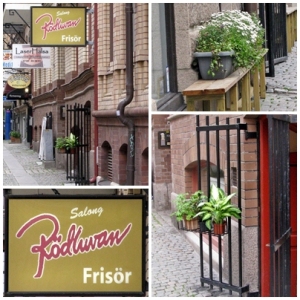 We met up at her salon – after closing time – we had pink champagne and chips, wired combination but it went down well, so after the champagne was gone we went to one of our favourite waterholes, just around the corner from her salon – “The Flying Barrel” (only Swedish) – they call themselves the only Gastro Pub in town with GREAT food and very friendly atmosphere. We love the place. Their punch line is; “Walk in – Fly out”.

Had “Fish & Chips” with a glass of white wine – the fish & chips came all wrapped up in newspaper – great touch and it was really good, have been craving for fish & chips for quite a while now.

Around 9pm we both felt that it was time for bed, she was tried from a very busy day at the salon and I was shattered from the early start – so we both felt that enough is enough.
So just after 9 I started my walk back to the apartment, normally it takes 15 min – but with my camera it took over one hour. Here is what I catch on the way home – even a picture of the “best piece of ass in town” – as I call it, it’s the billboard commercials for one of our biggest high street fashion shops here in Sweden, KappAhl and their jeans range – once my employer and the first job I landed in Gothenburg, 1963. Just love the board picture – it looks great in daytime too. 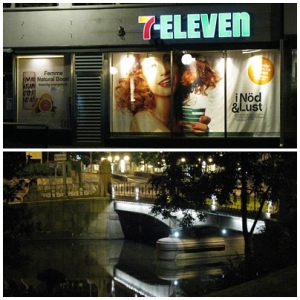 Gothenburg’s main public transportation is trams – and there is loads of them everywhere – very efficient system – plus they have the same amount of busses, so that is the biggest danger for a pedestrian. They have their own lanes – where nobody else can’t even get into – but they are everywhere. The busses are in the same lanes. At daytime bikes are the biggest danger and they have made up their own traffic rules. 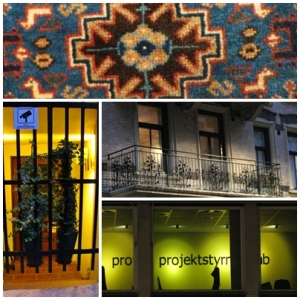 The evening was pleasant, but there was that little undertone of autumn chill in the air. It was great to walk through the city centre and it felt good to be back, exactly a year since my last visit.

Gothenburg was my home town from 1963 to 1989 – I can’t say I miss it now when not living there anymore, but it was truly great to be back for a couple of days and it’s only 2,5 hours away when the urge sets in.

Think in the morning. Act in the noon. Eat in the evening. Sleep in the night.
William Blake