My grandpa always use to say that – when things or the weather was bad.

So I have been visiting mum for a couple of days again over the passed weekend, now 90 – unbelievable and clear like a crystal bowl. 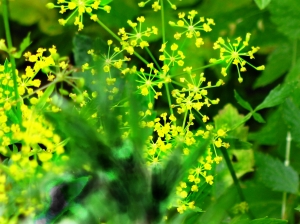 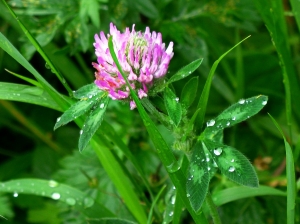 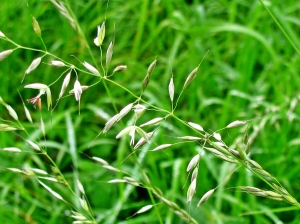 Simrishamn is still full of tourists – even it has come down a bit. The weather is “every second day weather” – one day rain next full summer. Think it more or less been like that the whole summer or at least while I was away. In Landskrona we had some fantastic day lately with some rainy and windy spells in between.

It start raining as I came of the train in Lund and with the yellow bus departing in less than 8 min the rain wasn’t really a problem. Sometimes I enjoy rain, sometimes I hate it.

Stepping of the bus in Simrishamn I could see they got plenty rain and … on my path there were slow moving creatures in all shapes and models. Hundreds of them everywhere. Didn’t take any pictures this time – a snail is a snail and I don’t like them that much – not even in garlic butter. 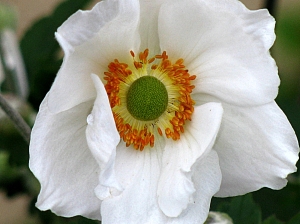 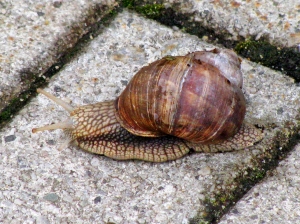 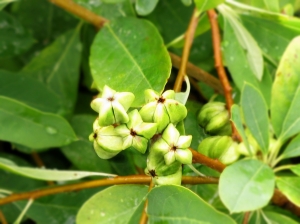 But I met this lorry, just outside my mother’s entrance – never seen a snail that big .. he must have been 4” long and his “house” was big as an egg nearly. Just had to take a photo of him – hard to make out really the right size of him from the photo – should have put something beside him to measure up. Trust me he was massive and very beautiful in too – I think, love his “design” 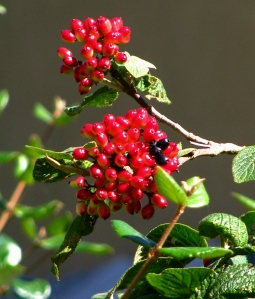 The blackberries start to get color now and they are going to massive – 2 weeks more and I will be stuffing my face along the path – there is bushes after bushes. My favorite berries. 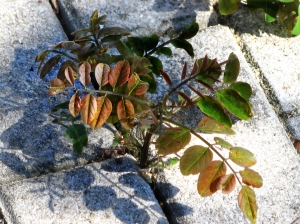 The following day was it full summer again and warm, so I took the camera with me when I went up to the supermarket and I got some sunny photos on the way home.

So who is Elsa Andersson ?
Maybe I have to explain for my new followers why I always do a name presentation when I travelling to my mum – because in the county, Skåne, where I live we have local trains (purple – called “pågatåg”) and every train has been given a name from somebody famous from our county; alive, fiction or dead. So every time I travel with a train I take of photo of its name and then find out who the name belongs to, because I don’t know them all. Like Elsa, I knew nothing about.

“Elsa Andersson (27 April 1897 – 22 January 1922) was Sweden’s first female aviator and stunt parachutist.
She was the daughter of a farmer in Strövelstorp in the Scanian countryside. Her mother died when she was aged six. Her elder brother left the family and sought a new life in America.
Always showing determination and ambition, she wanted to become more than just a farmer’s wife and so, aged 21, in 1920, she learned to fly, becoming Sweden’s first woman pilot. Her diploma was “no. 203”. Not content with that, she went to Germany to learn parachute jumping.
In 1922, Andersson was killed on her third jump in Askersund, Sweden. Thousands of spectators were gathering below on the ice of the frozen lakeAlsen. She had trouble releasing her parachute, which finally unfolded only at a small distance from the treetops and she crashed violently into the ground.
In 1926, the Swedish Aero Club erected a three-metre-high obelisk as a memorial in the place where she was found dead” – text; en.wikipedia.org

“Save a boyfriend for a rainy day – and another,
in case it doesn’t rain”.
Mae West

28 thoughts on “after rain comes sunshine”