My heart are very blue and yellow … plus I have a massive national pride – but when it’s about flying my heart belongs to Norway and “Norwegian Airlines” – a low cost airline that really has shaken the boots for many airlines in the same category and even on the giants like; SAS. Lufthansa and KLM.

SAS are a very good airline – they give you 24hrs open booking and 23 kilos include in the price – they are one of the most punctual airlines in the world. SAS is the national airline for Denmark, Norway and Sweden. Very efficient check in’s and luggage handling. And sometimes they have really good deals on – have flown with them 100 times at least and they are providing a very good service. 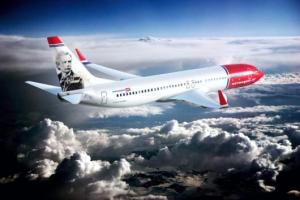 Norwegian Air Shuttle ASA  – as the real name of the airline was founded in 1993 and today is’t the second largest airline in Scandinavia – 63 aircraft, all Boeing 737’s and in 2013 they  intends starting long-haul operations in 2013 using Boeing 787-8 Dreamliner aircraft. The launch routes will be the Scandinavian capitals to New York and Bangkok. They already do flights to Dubai. They were transporting 15.7 million people in 2011, with a turnover in excess of NOK 10.5 billion/€10.2 billion/$12.5 billion/£8.03 billion – this is a success story. A sign that they do things right.

What I love about this carrier – is that they are very service minded from check in until arrival – website and low fare calendar so easy to use.  They are most departures on time – all the times I have flown with them they have only been delayed twice and once were because of snowstorm in Dublin. They have very reasonable prices on luggage – and that it doesn’t cost an arm and a leg to book an second suitcase for the home flight. Something I always do when I fly to UK or Ireland. For only 138SEK/$20.40/€16.65/£13.10 for 23 kilo bag each way and so it’s possible to have 2 pieces in total per passenger to a very reasonable cost. 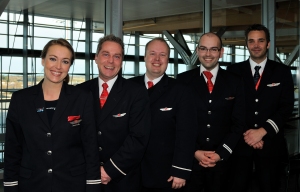 In 2011 they started installing free Wi-Fi to their fleet and today all flights offers that service, and this a low cost airline. Fantastic – no wonder that they are getting more and more market shares.

So if you ever consider flying inside Europe I strongly recommend “Norwegian” and I know that you will not be disappointed. 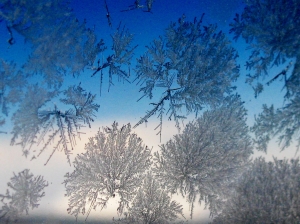 The “up and above” photos here I took during my flight between Seattle and Toronto. Have never experience ice crystals before during the summertime – I was absolute smitten by them, they are so beautiful.

At last the two stunning landmarks that welcomes me home every time – the Danish wind farm, Middelgrunden – on one side of the bridge between Danmark and Sweden – and the Turning Torso apartament building on the Swedish side – I took the photos from the moving  train.