The other day I read my blogging friend Andy’s post  about this movie and I got an urge to write about it too. 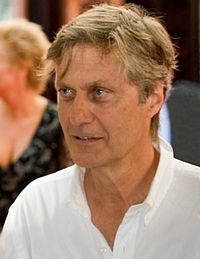 (Text: en.wikiepdia.org)
“Hachikō (ハチ公?, November 10, 1923 – March 8, 1935), known in Japanese as chūken Hachikō (忠犬ハチ公 “faithful dog Hachikō” [‘hachi’ meaning ‘eight’, a number referring to the dog’s birth order in the litter, and ‘kō’, meaning prince or duke]), was an Akita dog born on a farm near the city of Ōdate, Akita Prefecture, remembered for his remarkable loyalty to his owner, even many years after his owner’s death.”

A similar story happens in Edinburgh in the middle of the 1800 century, where the dog spent every night at his master’s grave for 14 years. Greyfriars Bobby was the dogs name and he was a Skye terrier.

The movie where Richard Gere playing Parker Wilson, the professor and the chemistry between him and the dogs (Chico, Lavla and Forrest) used in the movie is so magical. Lasse have made the film with two views – when the movie goes in black and white mode it’s seen with the dog’s eyes – in color the human’s, incredible cleverly done. 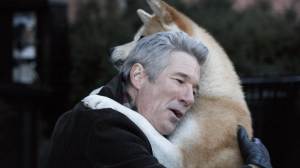 Then there is the music by Jan A.P. Kaczmarek – the whole soundtrack gives me goose bumps – it’s so delicate just like the movie and the music touches you so gentle. You’re listen to “Goodbye” just now.

The other actors in the film are: Joan Allen, Cary-Hiroyuki Tagawa, Sarah Roemer, Jason Alexander and Erick Avari – the film had it’s first foreign premiere 8th of August 2009 in Japan. In USA the movie was first shown at the Seattle International Film Festival on 13th June 2009 and the film has opened in over 25 countries and total foreign box office was $47.6 millions in the first year.

It’s a stunning and very moving movie that is classed as family movie, but I promise you as an adult you will really enjoy it – not an eye will be dry, but it will leave you filled up with a nice warm feeling in your whole body. So rent it …

“A dog is the only thing on earth –
that loves you more than he loves himself.”
Josh Billings

26 thoughts on “about loyalty and unconditional love”